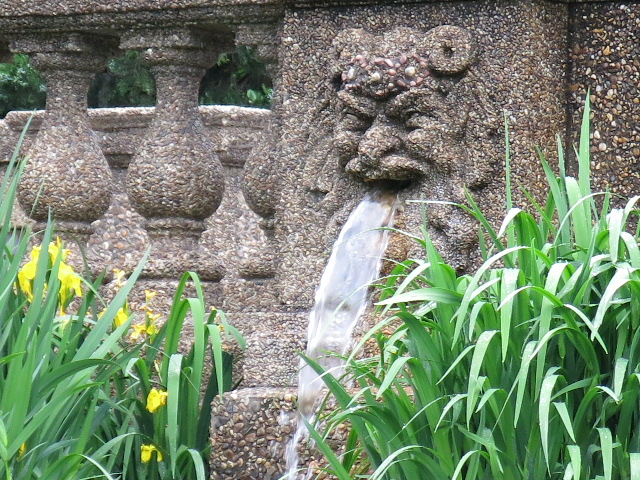 Hurrah! The Meridian Hill Park fountains are filled again. Though the pressure seems lower again like it was last year: 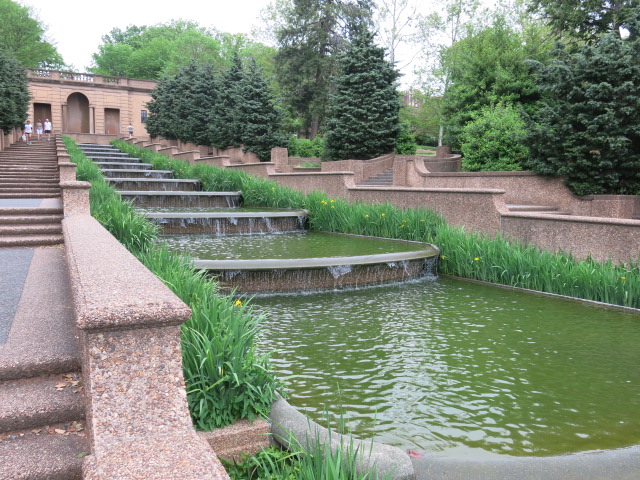 Also the restoration of the 16th Street entrance/retaining wall has been completed: 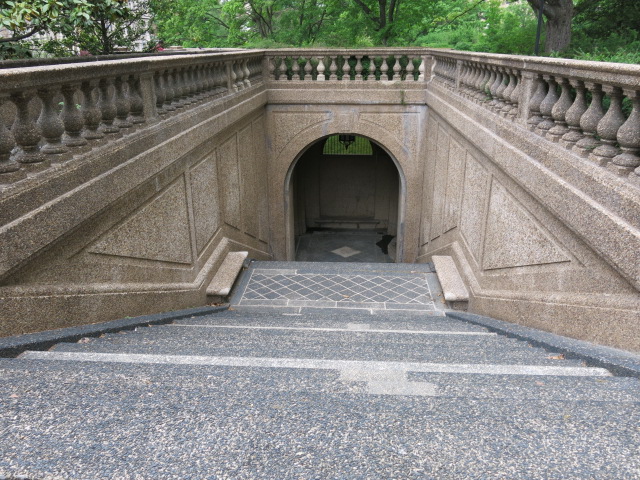 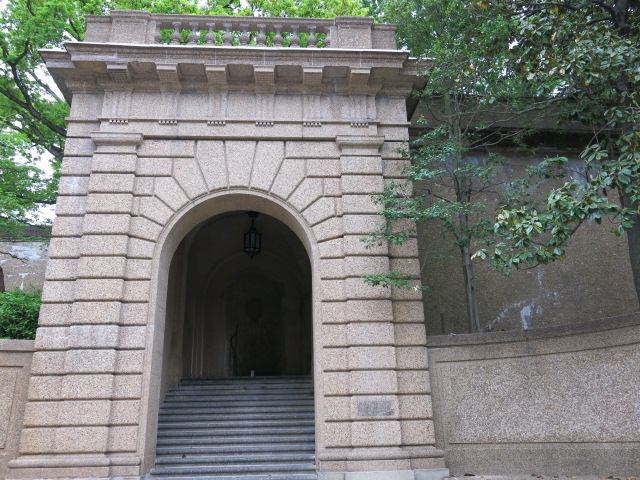 But the Washington Meridian marker plaque is gone!! Let’s hope it doesn’t got the way of the Armillary Sphere. 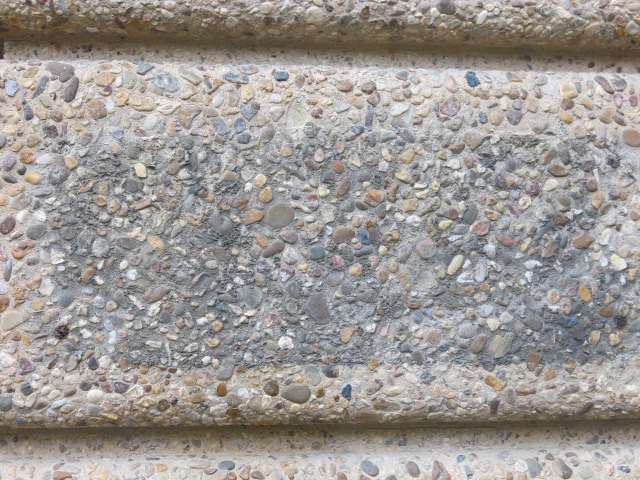 “The inscription reads: THE STONE MARKING THE WASHINGTON MERIDIAN WAS FORMERLY LOCATED 52 FEET 9 INCHES WEST OF THIS TABLET WHICH WAS PRESENTED BY THE ARMY & NAVY CHAPTER DAUGHTERS OF THE AMERICAN REVOLUTION 1804 1923

L’Enfant planned Washington around a right triangle, having its 90° vertex at the Washington Monument, its eastern vertex at the Congress House, and its northern vertex at the President’s House, now called the White House. The west side of L’Enfant’s triangle forms a natural prime meridian passing through the President’s House. The following five features on this meridian are listed from south to north. In 1793, Secretary of State Thomas Jefferson surveyed and marked with a wooden post the southwest vertex of L’Enfant’s triangle, establishing the second Washington meridian, the one through the President’s House. The wooden post was replaced by the Jefferson Pier in 1804, while Jefferson was President of the United States. After removal and replacement several times, it was permanently replaced in 1889 by a two foot (0.7 m) square, two foot tall granite pier, now 119 m WNW of the center of the Washington Monument. Its longitude is 77°2’11.56″W (NAD 83). In 1890, the Meridian Stone was placed at the center of the Ellipse on the same meridian. It is an 18 inch (45 cm) square granite post set flush with the ground. In 1923, the Zero Milestone was placed on the same meridian on the north side of the Ellipse, intended to represent the zero mileage point for all United States roads (but never was). It is a granite pillar about 18 inches (45 cm) square and about 3.5 feet (1 m) tall. The most prominent feature on this Washington meridian (besides the White House) is 16th Street, which extends due north from the White House. The last feature on this meridian no longer exists. It was a small freestone obelisk placed in 1804 on top of a hill 1.5 miles (2.5 km) north of the President’s House, hence the name Meridian Hill. It was at the northern end of 16th Street, north of Florida Avenue, before 16th Street was extended northward soon after 1900, covering it up. Now adjoining the east side of 16th Street where the obelisk once stood is Meridian Hill Park.”