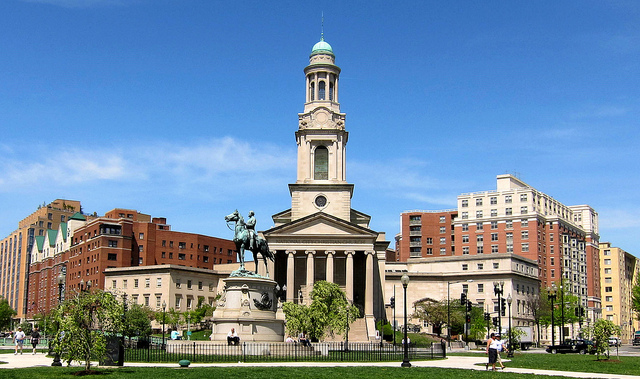 I was walking along Massachusetts Ave NW at about 11.15pm or so [Friday night], heading east from 14th St when I noticed a man cutting across the sidewalk from M St – we were then outside the National Air Traffic Controllers Association building. I noticed him approaching from my 10 o’clock, and I was immediately on alert since there was no one else on the sidewalk at that time and I was alone.

When he was a couple feet away, I heard him say, “You know me?” I did not make eye contact and kept walking past him, and he followed behind me. I was a bit creeped out, so decided to u-turn back towards 14th St, where there were more people and traffic. When I walked past him, he started to say very aggressively: “You scared huh? Because I’m black? Your family came from a motherfucking third world country like mine too, you are also from the motherfucking ghetto.”

I got to the CVS at Thomas Circle, where I idled outside for a few minutes while deciding if it was safe to go home and what route I should take. I decided to cross 14th St towards the Donovan Hotel to resume my walk home, and at that point, I saw the guy across the street. He looked over and saw me, and started to wait at the crosswalk across the street, waiting for the light to change.

At that point, I was seriously creeped out since he had obviously u-turned after I did so on Mass Ave, and had caught up with me. The walk sign came on and he started crossing the street towards me, walking next to a guy who was texting on his phone and oblivious to what was going on.

I decided to stay where I was, and the creepy guy stared at me throughout while he was crossing the street towards me. I feared he was going to do something, so I very quickly went up to the other guy (the one who was texting) and asked him to help me. Seeing this, the creepy guy immediately broke off and disappeared behind the CVS along Vermont Ave.

I eventually went on my way when I was sure he wasn’t in the vicinity, but the experience was definitely unnerving. The guy is African American, probably at least about 5’10 to 6 feet or so, a little stocky, and he was in a black jacket and blue jeans. He didn’t appear drunk or anything like that, but he was definitely very aggressive.

I hope I was just in a bad place at a bad time, and that he wasn’t randomly walking around picking on women walking alone.”