Ed. Note: If you have negative comments about the reno please consider keeping it to yourself. Critiquing the renovations is not the point of these posts. It’s simply to show what some folks have done. If you like it, obviously, feel free to let them know but again – well let me be clear – don’t be a jerk. Thanks.

These renovations can be extensive – like a whole house gut or simply a 1/2 bath added, floor refinished or even smaller. It can be a whole series of posts or just one. If you’d like to share one of your projects please email princeofpetworth(at)gmail thanks and thanks for understanding! 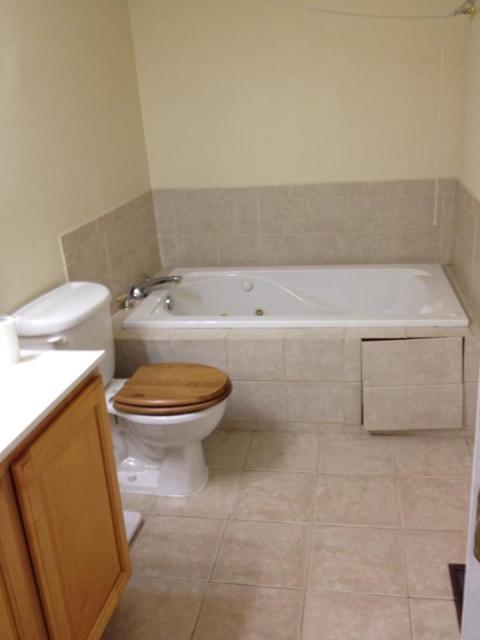 Thanks to a reader for sharing:

“I didn’t want anything particularly high end. I was fine keeping the builder-grade vanity; it was functional and in reasonable shape and easy enough to replace later if I changed my mind. (I did replace the top, which was mottled with makeup stains, but I went about as cheap as I could go.) The misfit wooden toilet seat was, okay, odd, but I figured it was also something I could replace later, without the help of a contractor. (A year later I still haven’t bothered.) I did replace all the fixtures, because I was going to have to get new fixtures for the tub and I wanted them all to match, but mostly I focused my attention on picking out a tub that would be comfortable for bathing in while still working well as a shower and on finding tile that met my need for color. (That part was surprisingly difficult. Beige is very popular.)

I talked with three potential contractors about the project. One suggested adding a light fixture over the bathtub (previously the only fixture was the one over the vanity), and one suggested that the reduced footprint of the new tub meant there would be room to add inset shelves. I thought those were good ideas, so I took them, then went with the third contractor.

That contractor was not great. (I will not be sharing their name.) They were friendly and responsive, which is good, because for several weeks my nightly routine was to come home, inspect their progress, and write a detailed e-mail about what they’d done wrong and would need to rip out and redo. But eventually the cement board was correctly hung, the tile was correctly laid, the fixtures were hung level and in the correct places, the hot and cold water were connected in the correct order, the water damage was repaired, and I was at long last able to take a shower in my own bathroom.

I’m planning on staying put for a long time to come, so I wasn’t concerned about resale value. I just wanted something that would look pleasing to me, and despite the bumps along the way I’m pretty satisfied with the end result. Total cost including materials was around $8,500.” 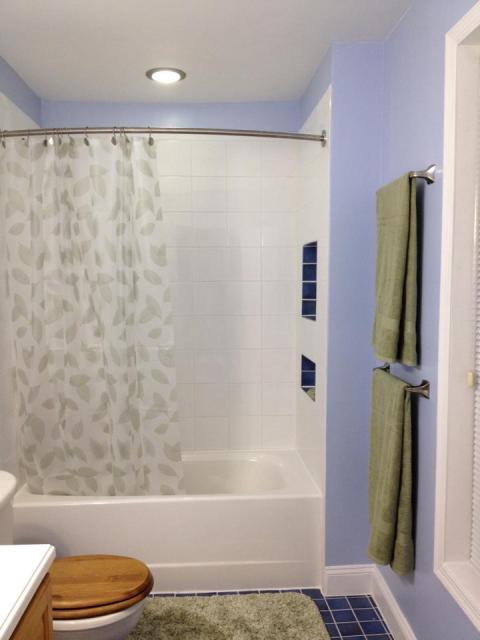 ​[New bathroom. The blue tile visible on the shower wall is the interior edging of the inset shelves. The backs of the shelves are white tile.] 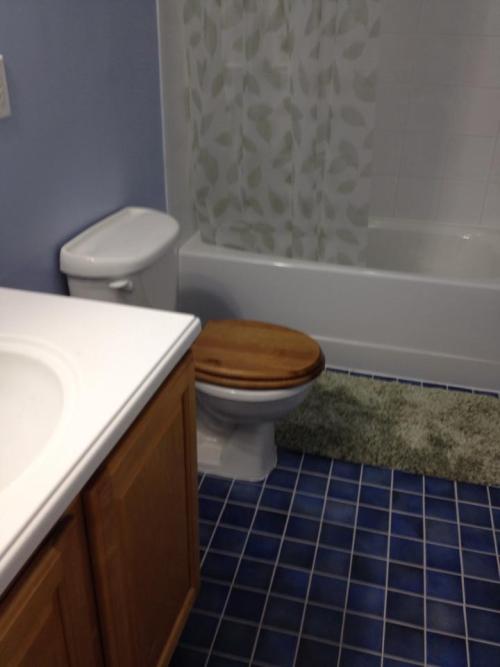 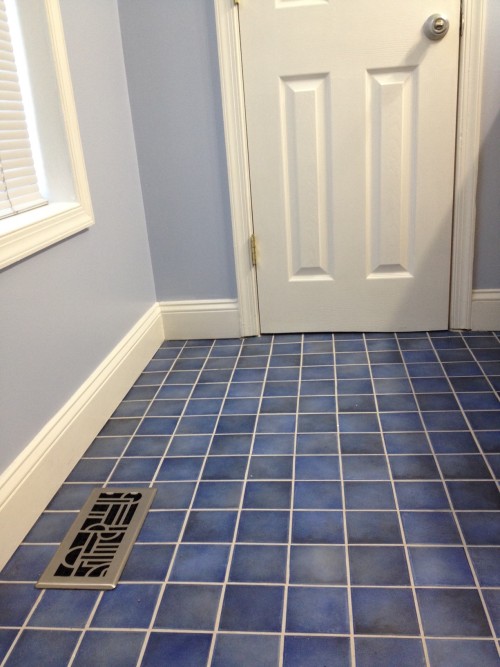 “​A better view of the tile. I grabbed the admittedly ostentatious vent plate off Amazon to replace the old one, which was starting to rust.” 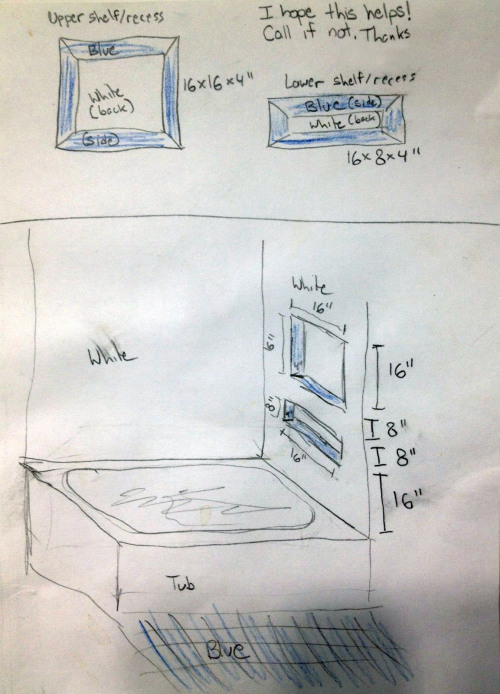 “A late-night phone call left me a little nervous about whether my original plans for the shelves had been properly conveyed, so I drew on my middle school perspective drawing skills and left a hasty sketch for the team doing the actual installation. My art teacher would cringe to see it, but it seems to have done the trick.”