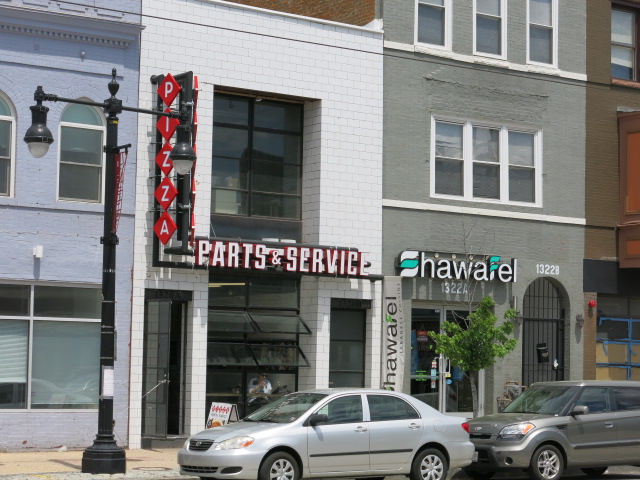 In the beginning of the month we learned Pizza Parts & Service had closed at 1320 H St, NE. After some false rumors I’ve learned who’s taking over the space! On the first floor a new restaurant is coming from Sam Adkins:

“Sam will be the head chef, seconded by Mandy Rosenfelt (formerly of the Breslin in NYC and The Welk in Westport, CT). Some might recognize Sam from New Heights, Cashion’s, Jackie’s, or William Jeffrey’s.”

I’m told the menu will feature seasonal and local products and be “honest and interesting. Also – coffee and ice cream!”

And what makes this even more interesting:

“The second floor will house a small retail showroom curated by Erik Bruner-Yang’s wife (of Toki Underground, Maketto), Seda Nak, and Aphra Adkins (Sam Adkins’ wife). The space will be available for pop-ups and other events, with a roof deck in the works for the future.”

The goal is for an early June opening. Updates as construction progresses.

more stories
Previous
Renovations from PoPville – Bathroom in Near Northeast