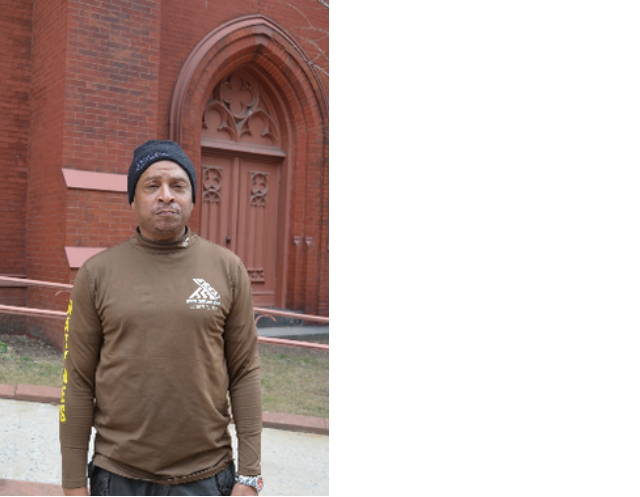 “I joined the Navy in 1978 and I was honorably discharged because I have manic depression so my thoughts tend to race a lot. So when I first moved out on my own, I was smoking a lot with the mood swings and the drug addiction.

Before Saint Elizabeth hospital was taken over by the D.C. Government they had a lot of long-term programs. So when I was homeless and wasn’t doing too well, I’d be there. I’d spent months and sometimes years in there. So housing wasn’t a big issue; we always had someplace to go: psych ward, detox, or something. As these things started being cut out, I started realizing I’m actually homeless. I’m going to all these places but they’re discharging me and I have no place to go. I had no rental history. I had severe mood swings. I couldn’t stay sober. They called me ‘treatment resistant.’ The addiction was so strong. No matter how much I wanted to stop, I just couldn’t.

One of those particular times when I was in the psych ward and got discharged on the streets, I had an incident happen and I contracted HIV. I seroconverted* shortly after that in the street.”

-Waldon (formerly homeless at the Housing First Rally in Chinatown)

*Seroconversion is the period of time during which HIV antibodies develop and become detectable. Seroconversion generally takes place within a few weeks of initial infection. It is often, but not always, accompanied by flu-like symptoms including fever, rash, muscle aches and swollen lymph nodes.”