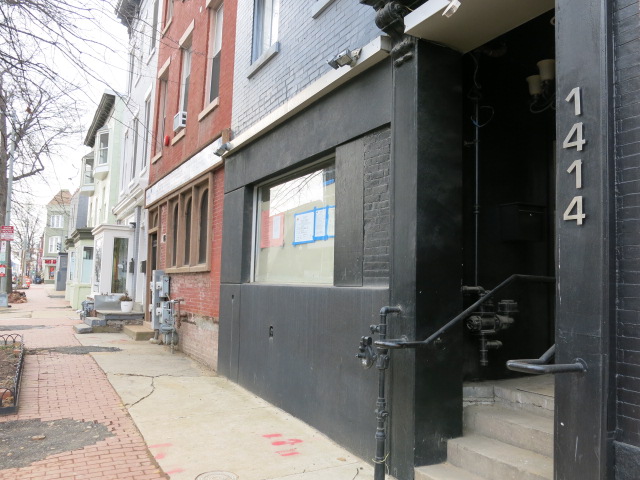 Back in September we noted there was again action at the former home to Vegetate, Cafe Eagle, Taqueria Mexicana, Eagle (again), Northern Restaurant and Secret Lounge and Sports Bar. At that time a commenter told us some scuttlebutt:

“the space has been leased by John Fielding, whose industry pedigree is pretty great (Broad Branch Market, Tabard Inn, etc.). He’s going to be opening a fast casual restaurant on the 1st floor with upstairs bar. Upscale Chinese cuisine is the rumored theme.”

Ed. Note: Props to the tipster for being 99% correct. Send more tips to [email protected] :) thanks.

A liquor license placard has now been posted for Chao Ku saying:

“A casual fast-food restaurant serving Chinese food. Seating for 56 and a total occupancy load of 56.”

Hours of operation are listed as Sunday through Saturday 10am – 2am.

This concept is the brainchild of John Fielding, founder of Broad Branch Market in Northwest DC and Paul Pelt, former head chef at the Tabard Inn, a longtime culinary landmark in the district.

John and Paul love to eat. So much so that they’ve made it a lifelong quest to find tasty, affordable food wherever they go. After years of restaurant-hopping around DC, they found themselves, more often than not, ending up in ethnic Chinese joints in the suburbs outside of the city. Through these expeditions, they noticed that DC was lacking in high-quality Chinese food within the city. Chao Ku is the realization of their ideal to introduce DC to this cuisine with fast, super-friendly service and authentic ingredients and techniques.

John and Paul believe that a great meal doesn’t have to be expensive and that good food is best when shared. Chao Ku will serve traditional Chinese food made from fresh ingredients, a far cry from your standard food court Chinese. Think savory Tofu Edamame, slow-cooked spare ribs, Singapore noodles, and ‘Chinese burgers’ served in pita buns. The food will be served in the classic Chinese “family style,” with vegetarian and vegan options, so everyone can try a bit of everything and it’s easy to order more. Best of all, the majority of the entrees will be less than $10 each.”

You can read more here.

Check out the early menu and a flashback to Vegetate after the jump. 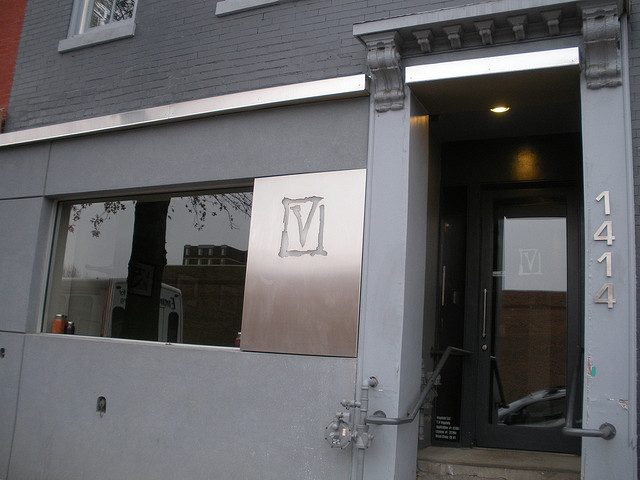