Ed. Note: We used to feature these renovations from PoPville back in the day but it’s been a while since I’ve found folks willing to share. A good time for me to say, which I sadly realize I have to say, if you have negative comments about the reno please consider keeping it to yourself. Critiquing the renovations is not the point of these posts. It’s simply to show what some folks have done. If you like it, obviously, feel free to let them know but again – well let me be clear – don’t be a jerk. Thanks. Sorry to have to preface with that. I really do love these features and am fortunate that 2 or 3 three more folks have also agreed to share their renovations. These renovations can be extensive – like a whole house gut or simply a 1/2 bath added, floor refinished or even smaller. It can be a whole series of posts or just one. If you’d like to share one of your projects please email princeofpetworth(at)gmail thanks and thanks for understanding! 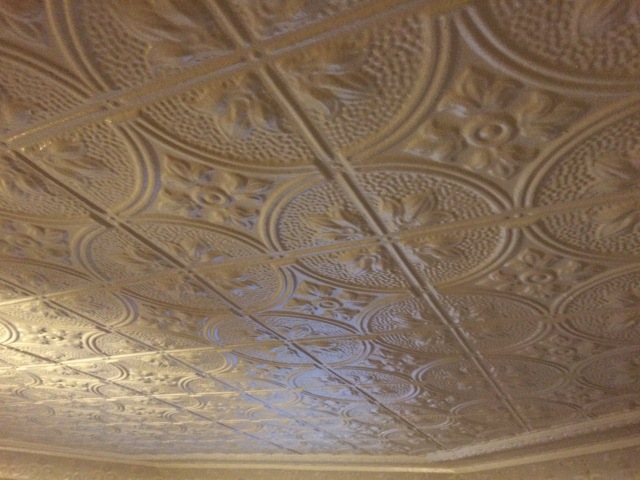 My name is Taylor, username ParkViewRes and I bought this house with my partner in September 2014. We were actually looking for a fixer upper because we wanted a house that we could make our own. We went to see the house the day it hit the market because our realtor said it would probably go quick. There wasn’t even a for sale sign in front of it yet. They ended up getting 11 offers on the house in less than 24 hours! We were really lucky considering this was the first and only house we put an offer on.

The owners were selling the house “as is” so we knew what we were getting. However, they did fix a leak in the roof and some minor issues with the electrical box. So “as is” doesn’t always mean they won’t fix anything and it doesn’t hurt to ask! We closed in early September, but did not move in until October so we could do a few things before moving all our stuff in.

They rented this house to students the entire time they owned it as far as I can tell. Therefore, it had a few weird things going on. There’s a pocket door that divides the dining and living room. I actually went to paint the pocket door today, but the little bit of white paint we have left was no longer good! The pocket door and tin ceiling are two of my favorite things about this house. When you walk in the front door there is an entryway to the living room on the right. They sealed it by putting up drywall and adding a door to it. I still cannot believe it, but I never took a photo of it! However, I do have photos of my partner removing it. The annoying thing was that they had done some electrical inside the drywall so there would be a light outlet inside the living room since it was being used as a bedroom. We had an electrician come out and take that out since the wire running across the entry way looked rather bad and it’s probably a safety hazard. He also fixed the light outlet in the hall so it controls the living room along with the downstairs and upstairs halls. 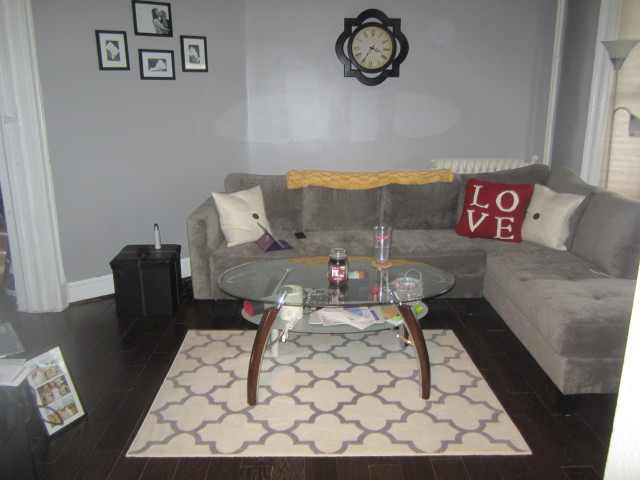 Something we knew we wanted to do before we moved in was paint most of the house. Painting is not too difficult, but it is time consuming. We picked a neutral gray (which I know PoPville loves!!), but honestly I like the gray. We did buy a plum color for an accent wall in our bedroom though. I think we’re also going to paint the back bedroom/office the plum color too. For now, we painted the living room, downstairs hall, dining room, stairwell, upstairs hall, guest bedroom, and master bedroom. My back hurts just thinking about it! The ceiling height along the stairwell and hallway made it difficult for amateurs to paint. I wasn’t about to maneuver on a ladder to try to paint it! I recently had someone come finish that up along with the trim around the entry door. We also painted ALL the trim downstairs, up the stairs, and in the hall. I learned I REALLY hate painting trim and thus have not finished painting the trim in the bedrooms! I also have to mention that my mom and friend helped us with some of the painting, which was very much appreciated. 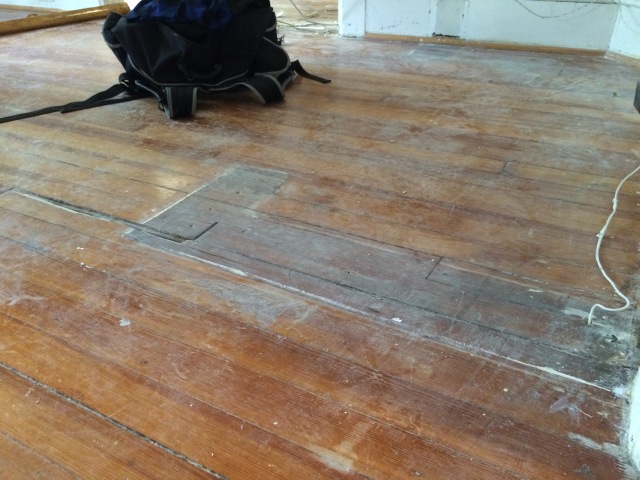 Lastly, we received six quotes for the downstairs hardwood floors before moving in. This process was the least painful of all the estimates we have received. Maybe it was just as bad and I have put it out of my mind and replaced it with the torture of getting bathroom, central air, and window quotes! This house had original wood floors with the exception of the upstairs hall and back bedroom/office (the previous owners put in some newer wood floors that I don’t care for). I did get quotes for refinishing the downstairs hardwood floors. The quotes were not that much cheaper than replacing the floors entirely. Plus one company told us they would not look great as they were in really bad shape. The floors had a bunch of divots likely from high heel shoes. Companies said it would be difficult to completely sand those out because it would ultimately make the wood too thin. I am fine with some imperfections, but they also said they would have to replace some boards completely since they were too damaged. That can add up fast as the original wood in here is apparently not cheap. I didn’t want to plan to spend $2500 restoring and refinishing the hardwood and then it end up being $3500 or more because they had to replace a bunch of boards. Especially when almost everything is more expensive than the ballpark figure I had in my head.

Also, I know a lot of people love original hardwood floors, but I actually love the newer, wide plank look. Nicole Curtis would be cursing me right now. My friend recommended a contractor and I met him at Mr. Floor in Springfield, Va to pick out a wood floor. The wood, shoe moulding, materials, and cost of delivery came to approximately $3000. The contractor charged $725 for labor, but we paid him $800 since he finished the job quickly and we were happy with his work. He is much more affordable than other companies too, probably because he is a one man show and the other places were companies. I think the other quotes we received ranged from $4800-$8000. If there’s one thing I have learned while doing home improvement it’s that the cost varies wildly. I want to laugh at some people when they provide their “amazing, competitive” estimate. That’s it for this post, but next time I’ll have more on little things we did, such as removing closet doors and putting in a “custom” closet. 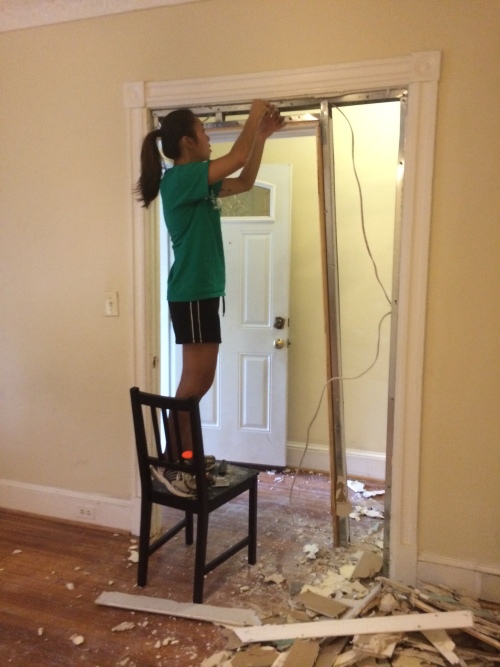 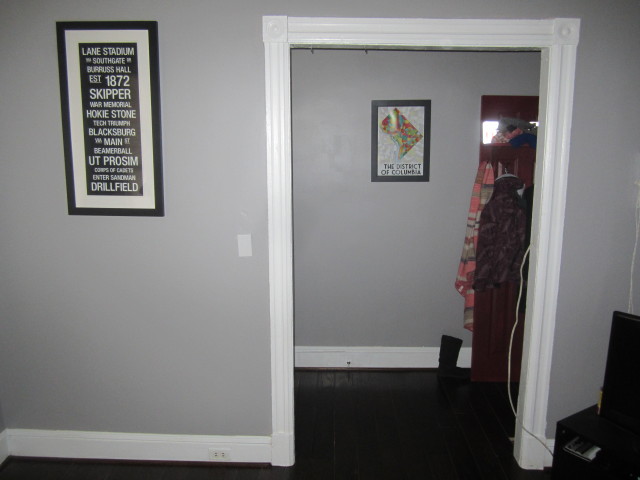