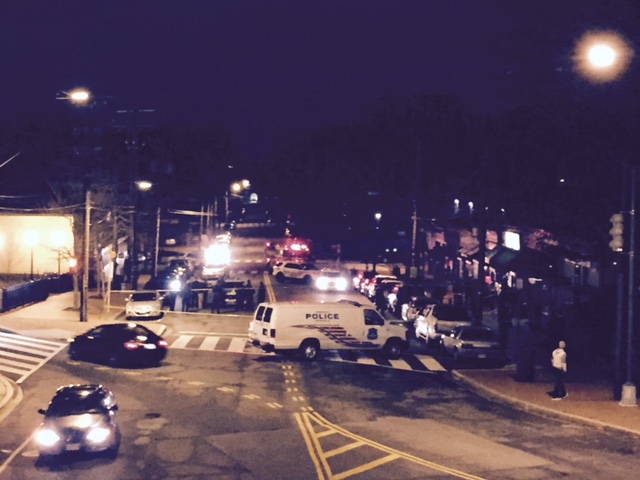 “I woke up around 11:50PM because of noise from Takoma Station Tavern. Next thing I know, I heard screaming. Looked outside and saw a ton of people outside Takoma Station Tavern, and saw a lady getting dragged across 4th street (I think, it is dark). Lots of screaming & shouting, lots of people running down the street (presumably back to their cars). Craziness. I called 9-1-1, and the police arrived while I was on the phone (so I guess someone called before me).”

This was posted on the website for MPD 4D by the Commander:

On Sunday 1/25/15 around the midnight hour, a fight started inside of the Takoma Station Tavern. The fight continued outside and a victim was stabbed with a knife in the back and another victim was assaulted causing facial injuries. Both victims were transported to local hospitals and will survive their wounds. One suspect has been identified and the second suspect will be identified shortly. The 4D detectives are investigating. Anyone with information regarding this crime is asked to call the MPD’s [email protected] 202-727-9099 or text 50411.”