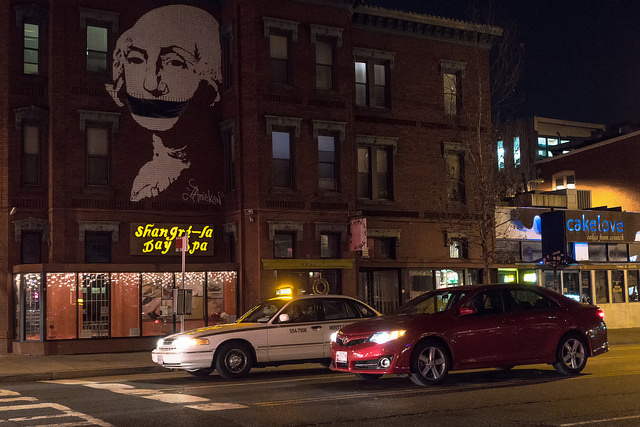 “Congresswoman Eleanor Holmes Norton (D-DC) today said that, contrary to press reports, it is far from certain that the fiscal year 2015 Omnibus Appropriations bill blocks the District of Columbia from legalizing marijuana, but she called on Democrats, who control the White House and Senate and whose votes will likely be necessary for House passage, to erase any doubt by eliminating all restrictions and uncertainty on D.C.’s marijuana laws.

“The Republican-led House Appropriations Committee says it believes the omnibus blocks D.C. from legalizing marijuana,” Norton said. “However, based on a plain reading of the bill and principles of statutory interpretation, the District may be able to carry out its marijuana legalization initiative. The House-passed D.C. marijuana rider, introduced by Representative Andy Harris, and the omnibus D.C. marijuana rider are not identical. Unlike the Harris rider, the omnibus rider does not block D.C. from ‘carrying out’ enacted marijuana policies. D.C.’s Initiative 71, it can be argued, was enacted when it was approved overwhelmingly by voters in November and was self-executing – i.e., it did not require enactment of any rules for its implementation. Therefore, it can be argued that the legalization of small amounts of marijuana can proceed.

“The District of Columbia government and its residents should never be put in the position of uncertainty of any kind about any of their local laws. To avoid any confusion and to protect the city’s home rule, I will offer an amendment at the Rules Committee today to strike the rider.”

And helluva a pun from a Council Member Grosso press release:

Councilmember David Grosso (I-At Large) issued the following statement on a potential rider on Initiative 71 that House Republicans are negotiating in the omnibus spending bill to prevent a federal government shutdown:

“It is disheartening and frustrating to learn that once again the District of Columbia is being used as a political pawn by the Congress. On Election Day, residents voted overwhelmingly in favor of Initiative 71, which would legalize the limited possession and cultivation of marijuana by adults who are 21 or older. To undermine the vote of the people–taxpayers–does not foster or promote the “limited government” stance House Republicans claim they stand for; it’s uninformed paternalistic meddling.

The members of Congress and the residents of the 50 states they represent do not have to deal with the significant and growing collateral consequences of the marijuana arrests and convictions in the District as a result of the failed “War on Drugs”. The people have spoken and they have voted. We are tired of a criminal justice system that has too often focused on vengeance and punishment, and does not allow for social and economic reintegration of returning citizens into our communities so that they do not turn to crime again. Initiative 71 was our start for a common sense approach to these issues. It’s about social justice.

The District’s medical marijuana program was delayed by Congress for over a decade and we will not stand by and allow this to happen again with Initiative 71. I urge the residents of this city to take a stand along with the Council in our continued fight for legislative and budget autonomy and call members of the House and Senate Appropriations Committee to ask them to pass a clean CR and leave the District of Columbia out of their politics.”

TAKE ACTION: Call and tweet the chairs and ranking members of the Senate and House Appropriations Committees to express your frustration with this proposal.

More Stories
Melt Shop “THE BEST DAMN SANDWICH ON THE PLANET” coming soon Signage Posted at 1901 L St, NWK Street Ray’s Hell Burger Too Saga Gets Serious – “until then we continue to fight in court…”