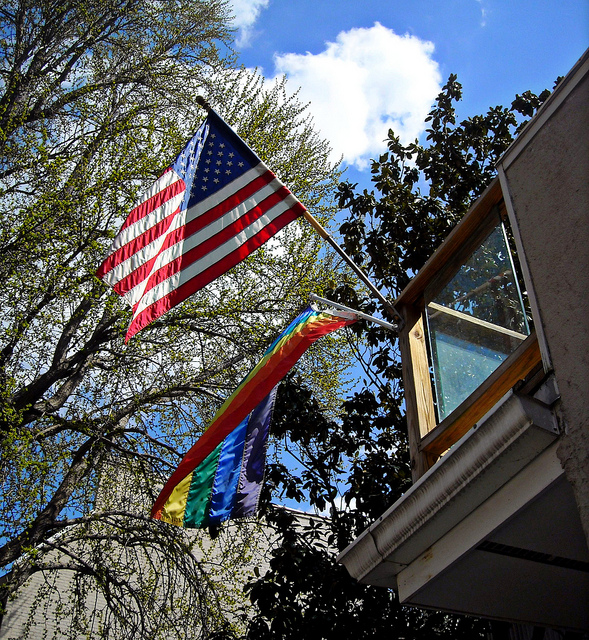 Two of my good female friends in their late 20s are looking for a place in DC. They both have great full-time jobs and excellent references. They went to look at a 2br townhouse apartment yesterday and the landlord weirdly asked them where they were going to sleep, which is totally creepy in its own right. When he realized they are a lesbian couple (neither presents as “stereotypically queer” and he was totally civil until they said they were planning to use the 2nd bedroom as an office) he started talking about charging them all kinds of additional fees and putting on additional restrictions to rent the apartment (a fee for the backyard, unlisted hefty application fee, “for you I’m going to say no pets” when they said they have a small dog even though the listing clearly allowed pets, higher security deposit than what’s allowed by DC code, etc.).

I’ve encouraged them to file a complaint with the DC Office of Human Rights to report the landlord for housing discrimination. The problem is that this isn’t necessarily prima facie housing discrimination, since it’s not like he listed “NO GAYS” in his advertisement and never directly refused to rent to them. Has anyone else had this experience? What did you do about it, if anything? They clearly won’t be living there, but are there other ways to flag this chump so others don’t unwittingly sign a lease and have to deal with his bullshit if they happen to be LGBTQ?”