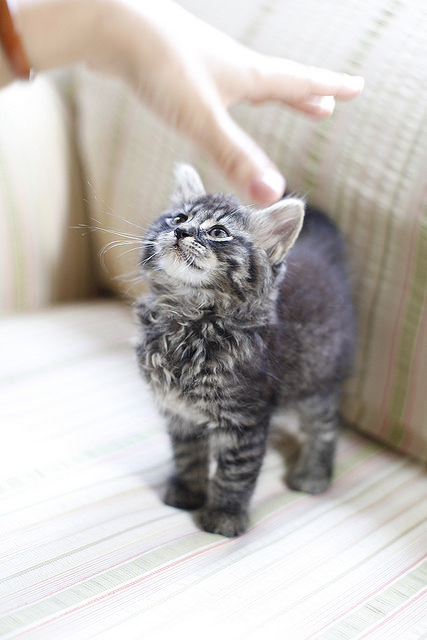 A friend found a kitten about to toddle into traffic on the Frederick Douglass Bridge. I’d guess it’s about six weeks old… big enough to eat wet food and use a litter box, but still smaller than you’re used to seeing. I think it’s a boy, but won’t swear to it.

I wanted to call him James Traficat, or Jim for short. But since I’m not keeping him, that will be up to his forever people.

He’s sweet and social. He trips over his feet when he walks, and he lies on his back and tries to catch his tail. He cries if you turn out the light and leave him alone. (So of course you immediately go back in to give him a snuggle and tuck him in again.)

But he can’t stay here too long, because my giant cat doesn’t approve of animals in the house (he thinks he’s people) and he would never forgive me. So please help me find a home for the little guy.”

UPDATE adopted! From OP “L’il Jim already has a waiting list. Thank you to everyone who stepped up, or wanted to!” 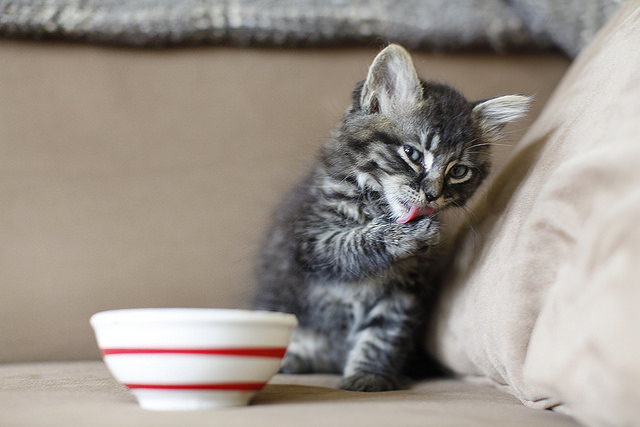 Read more →
More Stories
Comment on Proposed Rulemaking for the DC Streetcar system including prohibiting “Riding a bicycle within a streetcar guideway, except to cross the street”Adams Morgan Residents – Take the ‘Envision Adams Morgan’ Survey “to voice their vision of the future of their neighborhood”