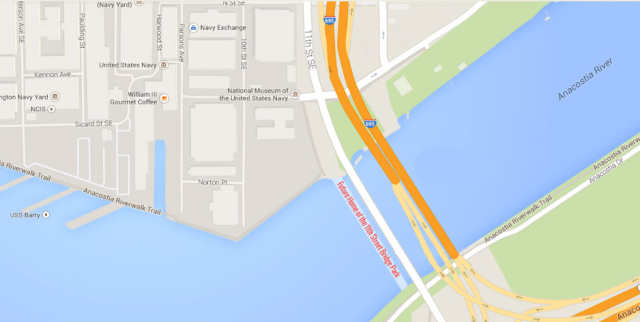 “As part of a six month nationwide design competition, the 11th Street Bridge Park is excited to receive design concepts from four nationally recognized design teams. Landscape architects, architects and structural engineers have spent the summer envisioning Washington D.C.’s first elevated public park on the foundations of an old freeway bridge spanning the Anacostia River. The design proposals will be on exhibition and the public is invited to share feedback.

Informed by hundreds of community meetings with 11th Street Bridge Park staff, four design teams were tasked with creating an iconic new civic space supporting the community’s environmental, economic, cultural and physical health. These four teams were selected by the Bridge Park’s Jury of national experts for their creativity, energy and vision from more than 80 firms who responded to an open call for submissions launched in March, 2014. 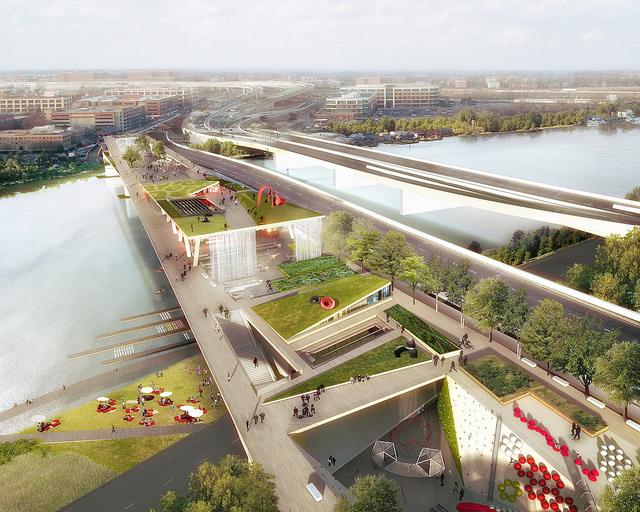 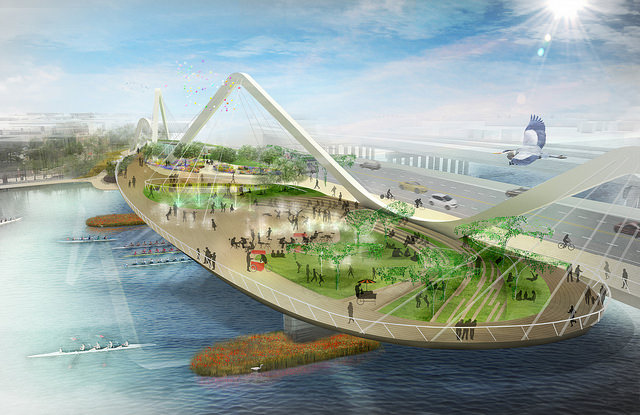 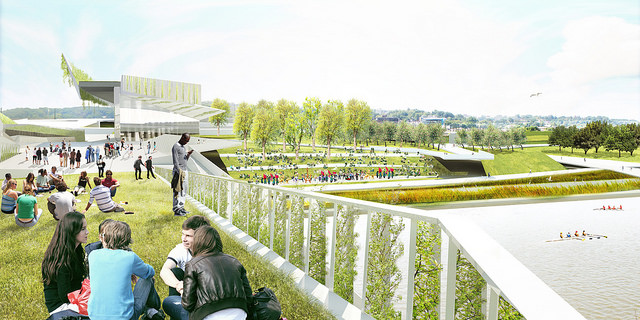 Over the next month, the public is invited to review the design renderings and share feedback. Participants can take a short survey that will be shared with the Competition Jury as they select the final winning design. The four design concepts will be exhibited at the following venues across the city and available online with the goal of reaching the widest possible audience:

The public is invited to observe the design team presentations to the Jury on Monday, September 29 and Tuesday, September 30, 2014. Representatives from each team will describe their concepts and engage in wide-ranging discussions with the Jury at this FREE event held at theater of THEARC, located at 1901 Mississippi Ave. SE, Washington, D.C.

The Bridge Park’s Jury is made up of noted experts in the fields of landscape architecture, architecture, urban design, community engagement and public health, and includes:

Additionally, a Design Oversight Committee of experts from across the region representing the arts, environmental, design, recreation and health communities are providing pivotal feedback to the Jury during the nine-month process.

Competition Fact Sheet
• Stage 1 – March, 2014. Call for entries open to United States-based designers. Over eighty design firms representing forty-one teams submitted qualifications and essays describing their design methodology. Jury selected six landscape architect / architect teams to assemble larger interdisciplinary teams including structural engineers, lighting designers and other experts for in-person interviews.
• Stage 2 – May, 2014. Jury selects four design teams to advance to the final stage. Each team is provided a $27,500 stipend to create full design renderings that will be juried and evaluated for cost and constructability.
• Stage 3 – September 29th and 30th, 2014. Jury meets to hear team presentations and select the final concept for the 11th Street Bridge Park which will be announced at press conference scheduled for the morning of October 16, 2014.

About the 11th Street Bridge Park
As the old 11th Street river bridges that connect Washington, D.C.’s Capitol Hill and historic Anacostia neighborhoods are being replaced, the District government and a local nonprofit organization, Building Bridges Across the River at THEARC, will transform the aged infrastructure into the city’s first elevated park: a new venue for healthy recreation, environmental education and the arts.

The 11th Street Bridge Park will be a place unlike any other in Washington, D.C. – one that supports the community’s physical, environmental, cultural and economic health. Funding for the Bridge Park is provided by a $1 million pre-capital campaign from public and private donors. The DC City Government recently committed an additional $14.5 million toward the project, representing half of the expected construction cost.

About Building Bridges Across the River at THEARC – The 11th Street Bridge Park is a project of the Town Hall Education Arts Recreation Campus (THEARC), a $27 million, 110,000 square-foot campus located east of the Anacostia River in Washington, D.C.’s Ward 8. The mission of THEARC is to improve the quality of life for residents of Washington D.C.’s East of the River community, a key goal of the future 11th Street Bridge Park. THEARC is a home away from home for the many underserved children and adults of East of the River, enabling them to participate in dance classes, music instruction, fine arts, academics, continuing education, mentoring, tutoring, recreation, medical and dental care, and other services at a substantially reduced cost or no cost at all. On-site non-profit partners include Washington Ballet, Levine School of Music, Children’s Medical Center and eight other organizations.”