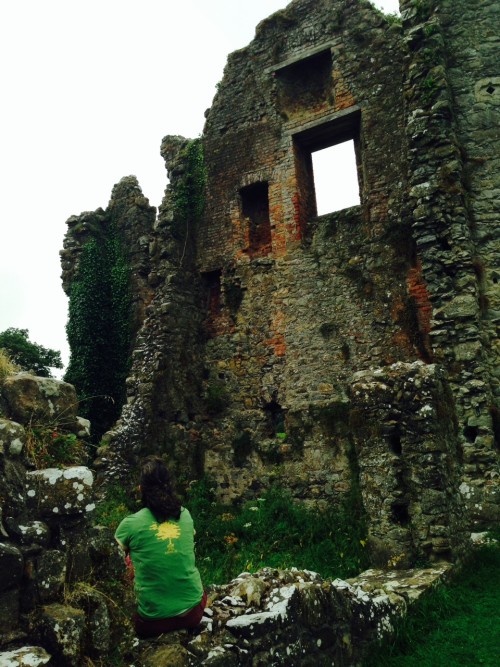 “These are ruins from the castle built in 1611. Details below:

Like many Ulster country estates, the first house at Crom was built by aScottish Planter at the beginning of the 17th century. In 1611, as part of thePlantation of Ulster, Michael Balfour, the Laird of Mountwhinney, constructed a house on the lough shore opposite Inishfendra Island. Following the usual pattern for a Plantation castle, it was built of lime and stone and enclosed within a bawn. It survived two Jacobitesieges before being destroyed in 1764 by a domestic fire. The ruins of this castle still survive today. In 1840 a new neo-Tudor Crom Castle was built, designed by Scottish architect Edward Blore. It remains the property of The Earl Erne and is not open to the public. The estate was given to the National Trust by the present Lord Erne in 1987.