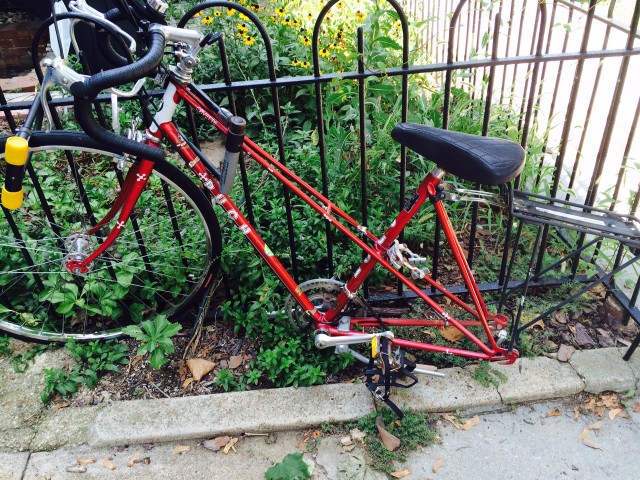 Unfortunately more reports of bike wheels (and bikes) getting stolen.

“Sometime in the middle of the day yesterday [Saturday] my back wheel was stolen of my bike which was locked in the front yard [Potomac Ave part of Capitol Hill.] My fiancé was home and they tried to get the front wheel too (nuts gone) before they left. So angry.”

“On Saturday, at about 5:30 PM, I saw a man steal a bike that was locked up outside of the Shaw metro station on 7th between S and T. The bike only had the front wheel locked, so the guy was able to take the frame and back wheel. He then went up and down 7th street until he found a wheel he could take. I yelled at him a few times, but he was able to take what he needed to assemble a new bike. (I didn’t have my phone on me so I couldn’t take pictures or call the cops.) I followed him from the Shaw metro stop to the U-Street metro stop (over on 13th) until I was finally able to flag down a cop. They questioned him but had to let him go and keep the bike because there was no proof that it was stolen. They said they had his information in case anyone reported their bike stolen.”