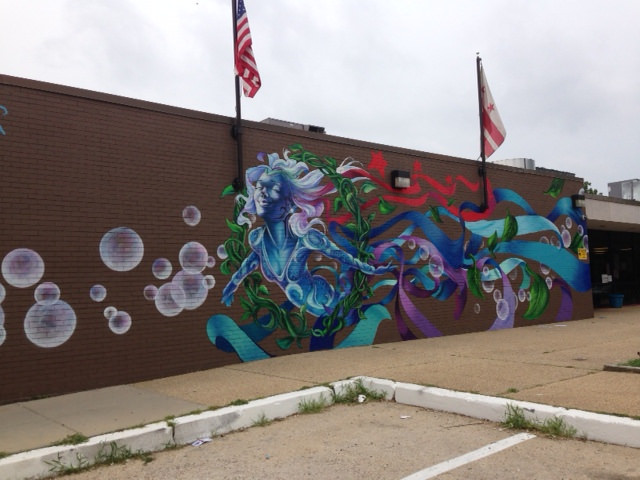 Thanks to a reader for sending the great new mural above:

“At the Eastern Market swimming pool. Looks AWESOME in person.”

“Mayor Vincent C. Gray kicked off the 2014 season of MuralsDC with a splash on Thursday, July 31, at the William Rumsey Aquatic Facility at 635 North Carolina Avenue, SE. The event featured a carnival-like atmosphere, made possible by Cirque du Soleil, which included acrobatic acts by the TSNY DC trapeze school, face painting, animal balloons, cotton candy, snow cones and music. More than 100 local children and adults attended the event to celebrate a new mural at the facility.

During the festivities, local artist Aniekan Udofia completed an original work of art on the entrance of the facility. The mural, which features a mermaid-like girl swimming in a sea of color, has already been received with great enthusiasm by the immediate community, say DC Department of Parks and Recreation (DPR) officials.” 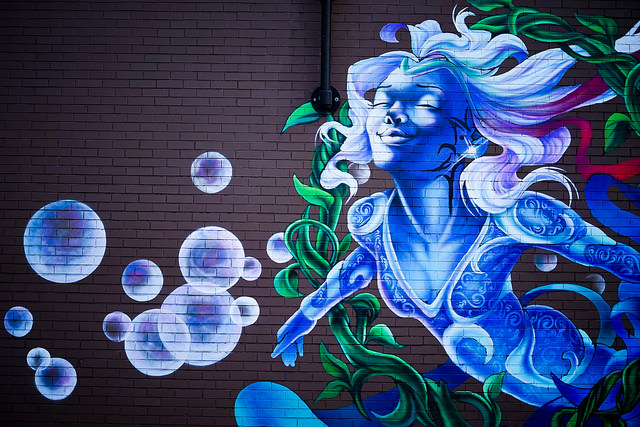