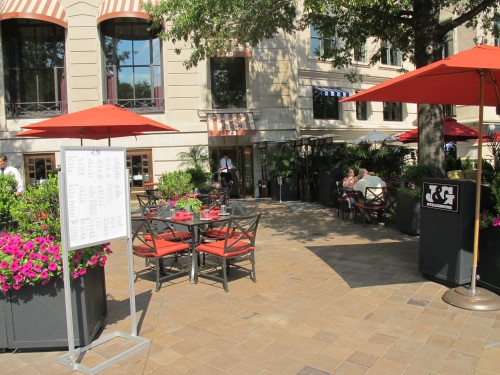 “W Washington DC, the closest hotel to the White House announces Pinea, the new restaurant slated to open in September 2014 in the hotel at 515 15th Street NW.

Pinea, named for the two-needled pine trees of Southern Europe, the source of pine nuts, will offer contemporary regional European dishes with a focus on France, Italy and Spain created by Chef Barry Koslow. The menu will follow flavor profiles popular in these regions including citrus, fresh herbs such as lavender and rosemary and special olive oils. All will enhance an exceptional selection of local vegetables and seasonally varying meat and seafood.

Other menu highlights include handmade pastas and housemade spice blends, along with impeccably fresh and carefully sourced seafood like whole grilled Branzino. A portion of the menu will be dedicated to accessible, bold and sharable dishes inspired by the Italian “Merenda” or afternoon snack. Offerings like roasted Serrano ham wrapped figs with blue cheese to “Pissaladiere”—caramelized onion, black olives, and boquerones—will be on the Merenda menu. The restaurant’s beverage program will complement each plate with esoteric wines from Southern European regions such as Campania, Valencia and Languedoc Roussillon as well as unique craft cocktails and beers.

“I think the strength of Pinea lies in the versatility we will be offering, the freshness of the ingredients, and the bold, clean flavors that we will produce,” says Chef Koslow. “Pinea will be a restaurant that serves imaginative, elegant food in a simple and approachable style. The overall experience will be harmonious.”