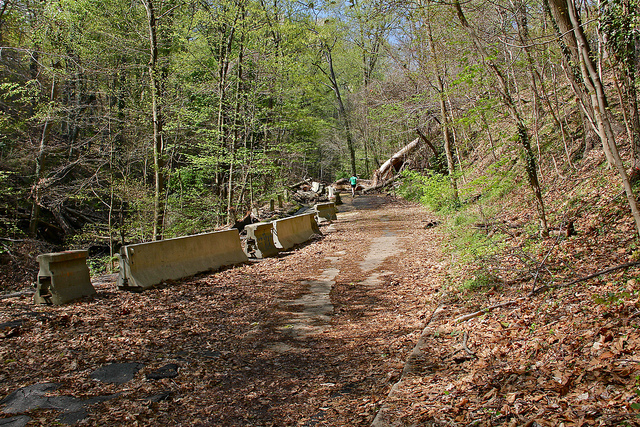 A reader passes on from the Mount Pleasant Listserv:

My roommate (a 5’2′ ‘ woman) was running down Klingle road toward rock creek park this afternoon around 5:30pm. Just before reaching the bridge, where there is a gap between the fence and the bridge railing, she saw a stocky, clean-cut latino man wearing a white t shirt and jeans exposing and touching himself (facing the street) and leering at her. After they made eye contact, he began running towards her, and she ran away towards Porter. He chased her for a few steps then turned and ran back up Klingle.

She called 911 and the police took a statement from her, and supposedly patrolled the area. She said she couldn’t tell if he seemed intoxicated, but was struck by the fact that he looked “so normal and clean cut, like anyone you’d see on the street.” I don’t know if they found him. Women running alone in the park should stay alert!!”