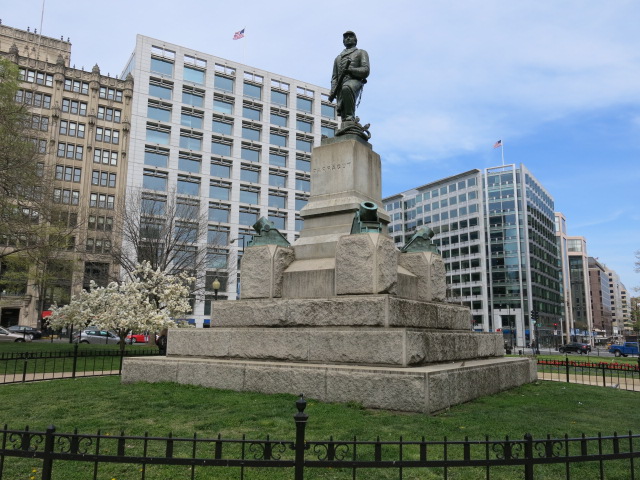 “Long before Frank Underwood (“House of Cards”) and Olivia Pope (“Scandal”) came along, Hollywood film directors had discovered D.C. is a great backdrop for intrigue and drama.

Movie fans have a chance to decide which six films featuring D.C. they want to watch outdoors in the Golden Triangle as the business improvement district kicks off “It’s Golden Outside, Escape the Indoors.”

From now until April 25, fans can choose from 19 films that feature D.C. plots, characters and backdrops. Vote online at www.goldentriangledc.com/movie-vote. Choices include everything from “Night at the Museum” to “Annie.”

The six winners of the “Golden Cinema Series” will be shown at Farragut Square on Fridays, May 16–June 27. All films are free and open to the public. Preshow seating will begin at 7:30 p.m. and the movies will start at sunset. Farragut Square is located at the intersections of Connecticut Avenue and K Street, N.W., and across from Farragut North and Farragut West Metrorail stations.

Guests are encouraged to bring a blanket and to make a night of the “Golden Cinema Movies.” The events will start with a short film courtesy of DC Shorts, pet adoptions conducted by the Washington Animal Rescue League, and “Dinner & Movie” special giveaways courtesy of Golden Triangle restaurants and retailers.”