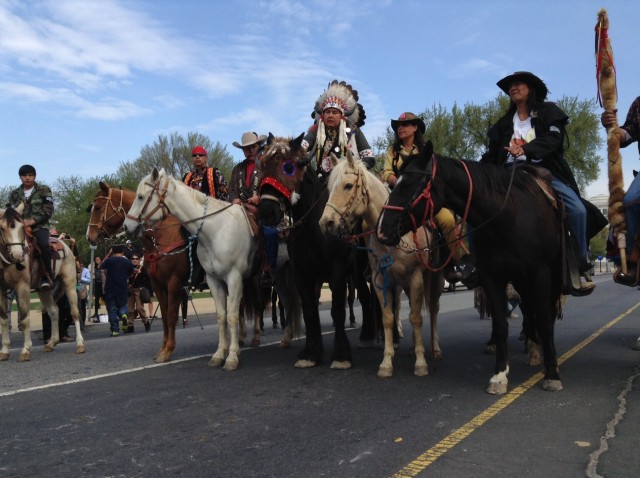 Thanks to Pablo.Raw for sending these shots:

“The Cowboy and Indian Alliance (CIA), a group of ranchers, farmers and indigenous leaders, will host an encampment on the National Mall for a week’s worth of “Reject and Protect” actions against the Keystone XL tar sands pipeline. The encampment is a final attempt to get the Obama Administration to recognize the severely negative impacts the pipeline will have on American people and lands.

Farmers, ranchers, and tribes from along the pipeline will join the protest along with celebrities and social activists such as Daryl Hannah, Neil Young, and the Indigo Girls to bring awareness to the lives that will be affected by the pipeline, if it is approved.

11:00am: Horseback ride: 24 ranchers and indigenous leaders from the Cowboy and Indian Alliance ride their horses from the Capitol to the Reject and Protect encampment on the National Mall between 7th and 9th.

12:30-2:00pm: Opening the Encampment: Cowboys and indigenous leaders will officially open the encampment, raising a final ceremonial tipi to join the 29 other tipis already assembled on the mall, the Indigo Girls will perform. Interviews will be available at the encampment.

2:00-6:00pm: Painting Obama Tipi: The general public is invited to join the encampment, speak with participants, and add their thumbprint to a ceremonial tipi for President Obama that will be accepted on his behalf by the Museum of the American Indian at the end of the encampment.

6:00-8:00pm: Dinner, Music: Participants will share a meal of bison raised along the pipeline route provided by one of the ranchers from Nebraska. Music performances and speeches will take place throughout the evening.” 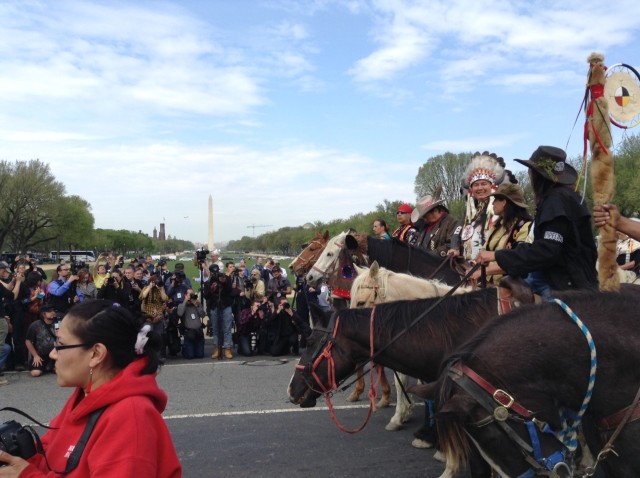