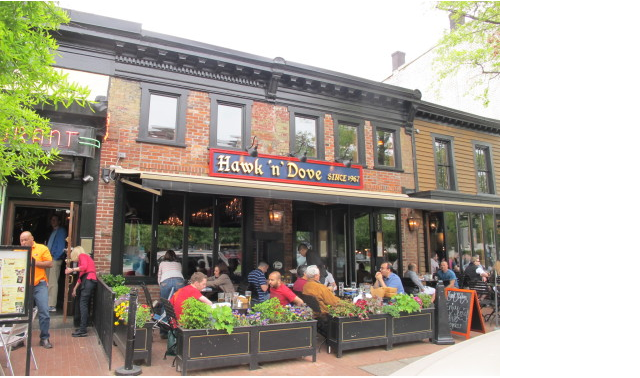 Uh oh or hallelujah depending on your perspective… Thanks to all who sent emails. From the Wall Street Journal:

“Baltimore-based Barrack’s Row Entertainment filed for Chapter 11 protection in U.S. Bankruptcy Court in Washington D.C., putting eating spots like Hawk ‘n’ Dove, Senart’s Oyster House and The Chesapeake Room into protection with it. Barrack’s Row, which is owned by a group of investors, said it has between $1 million and $10 million in debt.”

The new Hawk n Dove opened in Jan. 2013. Senart’s Oyster House opened at 520 8th St SE on Barracks Row in 2011 and The Chesapeake Room opened at 501 8th Street, SE also on Barracks Row back in 2010. I believe this group also owns Lola’s, Molly Malone’s Pacifico, and The Box Car Tavern.