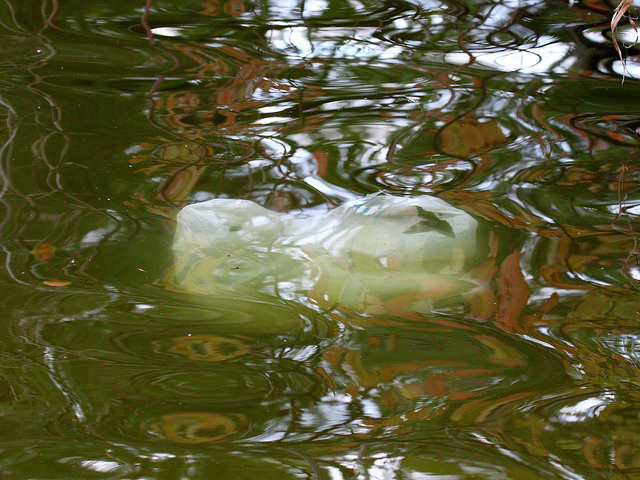 “Today, the District Department of the Environment (DDOE) released the results of recent surveys measuring opinions about the Anacostia River Cleanup and Protection Act of 2009 (the Bag Law) and its impact on disposable bag use among residents, businesses, and bag distributors in the District.

“This survey data confirms the significant progress the District is making toward reducing plastic bag litter and restoring health to the Anacostia and Potomac Rivers and their tributaries,” said Keith A. Anderson, Director of DDOE. “I am pleased that the Bag Law has reduced disposable bag use and garnered public support, while also saving money for many businesses.”

Since January 1, 2010, businesses selling food or alcohol in the District are required to charge customers a five-cent fee for each disposable bag. The fee is intended to be an economic incentive to spur behavioral change. The goal is to reduce a common source of litter (plastic bags) in District waterways by reducing the amount of disposable bags that people use.

Among the other findings, two-thirds of residents and businesses reported that they now see fewer bags as litter around their neighborhoods and properties. The reduction in plastic bag litter is benefitting all parts of the District with significant reductions (greater than sixty percent) across all eight wards.

The surveys were developed and conducted by Opinion Works, in partnership with the Alice Ferguson Foundation and the Anacostia Watershed Society. DDOE provided a grant for the project, funded by fees collected under the Bag Law. For more information on the District’s litter and trash reduction efforts and the District’s Bag Law, visit http://ddoe.dc.gov/bags.”