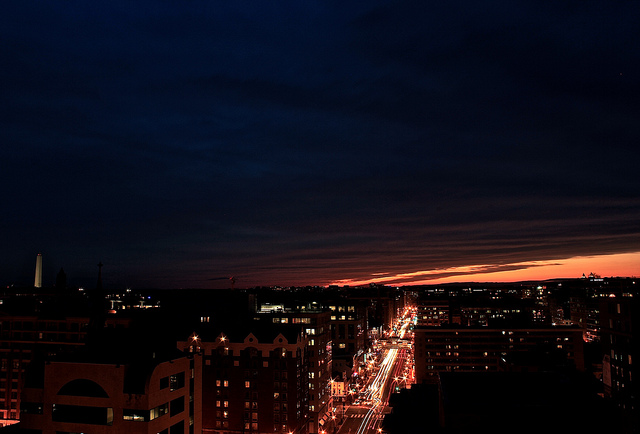 “Mayor Vincent C. Gray today welcomed the latest estimates from the U.S. Census Bureau showing that the District’s population continued its rapid growth between July 2012 and July 2013, adding 13,022 residents and keeping D.C. among the list of fastest-growing areas in the country.

“The new population estimate demonstrates that the District continues to be one of the most attractive and competitive cities in the nation,” said Mayor Gray. “I set a goal for this city to be healthiest, greenest, and most livable city in the country within 20 years. These results tell us that people across the nation and around the world already see us as well on our way.”

For the third year in a row, the District remained among the nation’s fastest-growing states by percent, outpacing even rapidly growing Sun Belt states such as Texas. The data shows that all age groups and all generations (youths, millennials and boomers) are participating in the city’s renaissance.

“This continued growth is an endorsement of the livability of our dynamic city and a literal return on the investment that we have made in improved city services, transportation choices, public safety, education quality, school facilities, parks, libraries and in the quality and convenience of our many neighborhoods,” said Harriet Tregoning, Director of the DC Office of Planning, which oversees the District’s State Data Center and Census activities.

According to the Census Bureau’s data, this tremendous growth can be attributed to an influx of new residents from other states and abroad and increasing births to District residents. With over 9,000 births each year since 2008, the District’s baby boom continues – bucking a trend that has seen birth rates decline in much of the rest of the nation. Data for the District show 9,589 births and 5,151 deaths from July 1, 2012 to July 1, 2013. In addition to this gain of 4,438 residents from natural increase (births minus deaths), migration has resulted in 8,584 net new residents to the District from other states and abroad. The District continues to make gains in domestic migration with 6,319 more people moving into the city from other states than moved out.

People are continuing to choose the Washington area to call home because of several factors. While other areas of the nation are emerging from the economic downturn and begun adding jobs, there are greater opportunities for finding a job in the Washington region. According to the Bureau of Labor Statistics (BLS), from July 2012 to July 2013, the Washington region added 32,800 jobs of which 13.4 percent were added in the District. From the height of the recession in 2009 to the present, the region’s unemployment rate dropped from 6.5 percent to 5.3 percent. During the same period, the District’s unemployment rate dropped from a high of 10.5 percent to 8.6. The launch of the District’s Five-Year Economic Development Strategy in November 2012, with the goal of growing and diversifying the District’s economy while also preparing the workforce for new employment opportunities, is already bearing fruit. Efforts implemented under the strategy have already yielded 17,500 new jobs.

The District’s significant investments to improve public education and offer high-quality school facilities are another factor attracting new residents and retaining families. The District of Columbia Public Schools (DCPS) showed the greatest growth among all urban school districts in the nation on its 2013 Trial Urban District Assessment. The growth in DCPS students’ 4th and 8th grade math and reading scores represented the highest scores ever seen on this test for DCPS. DCPS’ ranking among other urban school districts also jumped significantly this year, moving from last on this test in 2007 to having nine districts behind DCPS in 2013. Additionally, the growth in DCPS students’ scores equaled or exceeded growth of the District’s public charter school students.

The Census Bureau numbers continue to reflect the demand for housing in the District. According to Delta Associates, new rental buildings in Shaw, Downtown, NoMa and along South Capitol Street by Nationals Stadium leased up at some of the fastest rates in the region. The condominium market is seeing similar activity. The Greater Capital Area Association of Realtors reports that year-over-year condominium sales through November are up over 17 percent each year for two years in a row.

Local investments in public infrastructure are paying off. The District’s investments are providing more transportation choices – including car, bike sharing, rapid bus service and streetcar lines – while residents are better utilizing public transportation and walking to work. According to census data, between 2000 and 2012, for workers 16 years and older, the percentage of people who use public transportation for commuting increased from 33.2 percent to 38.6 percent. Over the 2000 to 2012 period, while the District’s population increased by 10.7 percent, the percentage of households with no vehicles available increased from 36.9 percent to 37.9 percent, meaning more people and households but fewer households with cars.

Another important factor making the District a safe and attractive place to live and work is the significant decline in homicides. According to the Metropolitan Police Department’s 2012 Annual Report, the District saw its lowest number of annual homicides in almost half a century with 88 murders. Although the number of homicides in 2013 is on track to bypass the 2012 number, mainly due to the Navy Yard shooting, homicides in the District has declined significantly over the past 3 years.

In general, the upward trend in the District’s population is expected to continue since the District abounds in attractions. The District’s investments in public infrastructure, transportation choices, parks, public schools, libraries, retail establishments, and abundant choices for leisure and entertainment are some of the factors yielding high returns.”

Read more →
More Stories
Ri Ra Irish Pub Opens in Georgetown, Have a Look Inside and at the Menu$1000 Reward Offered for info leading to the arrest and conviction of the person who shot a deer with an arrow in SW