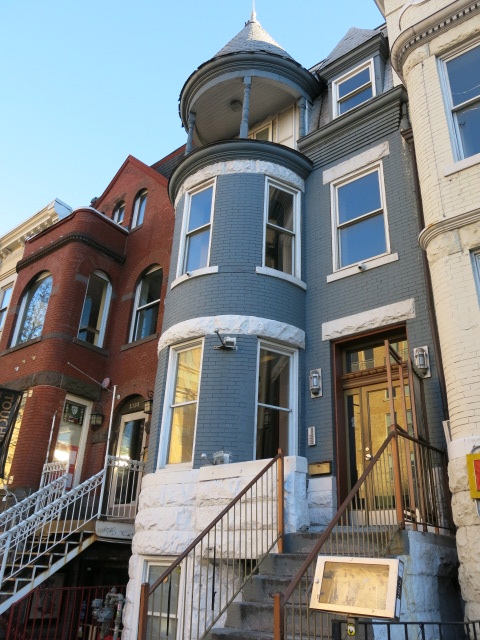 In August Tabaq closed at 1336 U Street, NW. Yesterday I noticed a new twitter follower called Newtown Kitchen which says it is a, “Modern American Kitchen, Bar & Lounge 1336 U Street NW” Newtown’s website says they are launching , the website was a bit premature, plans are now to open in mid-December.

Here are details from the owner:

“NEWTOWN : a planned urban center created in an undeveloped area designed to serve a mix of residential & commercial needs.

At Newtown we strive to provide our guest with a Unique dining experience that embraces the history of the great historic U Street neighborhood. Our seasonal menu showcases market dishes by Chef / Owner Howsoon H.O. Cham crafted from ingredients supplied by local farmers, fishermen & meat ranchers from Frederick Maryland to West Virginia. Master Mixologist Seembad Jaudally of Ciroc Nation created one of U Street’s most distinctive and fresh bar program to compliment the restaurant’s modern concept. From the white room’s private dining room, the all year round retractable rooftop to the Unique red room with wall mounted fireplace, each of the drinks truly reflect the tastes of an era that has evoked change. Tabaq Bistro, Opened in the trendy U Street Corridor since April of 2005, features one of the most unique retractable roof tops on the east coast. The Fully retractable rooftop with great view of the Washington capital along with its 2 private dining rooms has allowed diners to relax and indulge in the cuisine of the Mediterranean as well as the Modern American Cuisine respectively.

More details including menus after the jump.

Tabaq has since changed hands and is now owned and operated by Executive Chef Howsoon Cham formerly of Georgia Brown’s, Red Ginger, Cafe Trope and Vidalia in Washington DC. Chef Howsoon plans to change the concept as well as the décor from a Mediterranean concept to a Modern American Cuisine with a modern style dining space to accommodate and host special events, bar mitzvahs, receptions, political fundraisings, receptions as well as wedding rehearsals something that was lacking in this venue as well as in the neighborhood. In addition, in order to cater to the needs of our guests, since there are only two bars and two bathrooms currently on five floors, we plan on adding two additional bars as well as two bathrooms to make the venue more accessible to our guests. Also since the venue is located in very highly popular nightlife environment DJ booths will be built on 2 floors to cater to the needs of guest at any given time in the event they want to take over a floor for their own private event or party.”