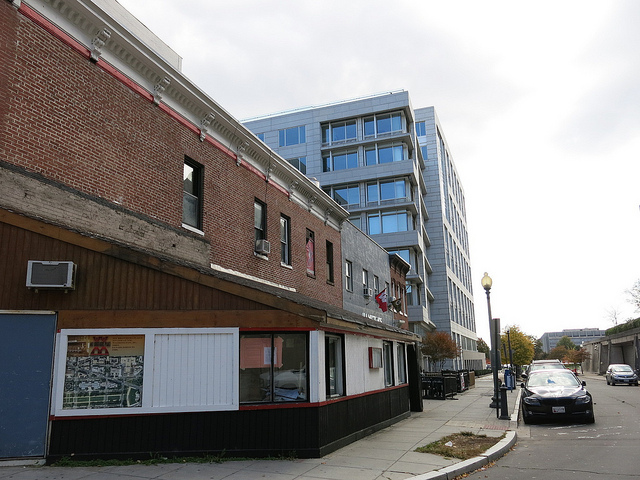 Last week we learned that Alibi Restaurant & Lounge would be taking over the former My Brothers Place space near Union Station. One of the owners got in touch with me and says plans are to open in December before the end of the year. Their website says:

“A British American Pub
As a nod to the history of Capital Hill, THE ALIBI is inspired by British traditions and influenced by local American products. The menu features slow roasts, fresh meat pies, fried fish, and other comfort foods made in house with age old techniques including braising, smoking, baking and pickling.

The beverage program draws from both countries as well, with traditional beers from the colonies and the mother country. Classic cocktails are kept simple, with a commitment to bringing out the artistry of these original recipes, while our modern cocktails introduce spices and herbs for a more exciting flavor profile.

Owners Martin (the Englishman) and Rachel (the American woman) are proud to be a part of this new chapter in history for the infamous building at 237 2nd Street Northwest. With restored exposed brick, wood floors and stained glass chandeliers, THE ALIBI provides an escape from the hectic, fast paced world right outside its doors of 21st century DC. Simple honest products as well as personable and stellar service give everyone from Senators to maintenance workers a reason to find a good alibi.”

More Stories
Raze Application for former Horse’s Ass Nominee Near Duffy’s and 9:30 ClubFrom the Events Calendar – Separate and Unequaled: Black Baseball in the District of Columbia