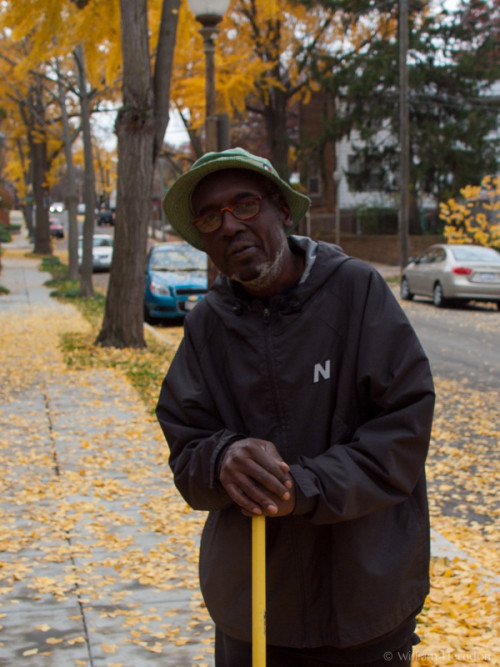 Bryson was a good friend and neighbor; a Petworth fixture; a long-term resident who worked tirelessly to ensure that our block was populated by friends…and not acquaintances.

As DC loses residents such as Bryson Latimer and Larry Byrd, we’re certainly diminished, but hopefully their warmth, generosity, and spirit of community won’t be forgotten.”

“Bryson Latimer was a Petworth fixture.

When we purchased our house in 2010, Bryson would take a stroll each time we came by to look at the property. After we moved in, we asked him about it, and he said, “I just wanted to make sure you weren’t assholes.” We felt exactly the same way, told him so, and laughed with him about it in the years that followed.

We called Bryson “The Mayor” because he knew everyone and everything that went on in our little corner of Petworth. You couldn’t come home any evening in summer and not find Bryson out on his porch. He taught us about “porch culture”, and when we had our own impromptu porch party, Bryson was the first person to come over.

Bryson’s family moved to Petworth in the early 1950′s, one of the first black families on a block of 2nd generation German and Italian Americans. Although he moved away in the 1970s, he returned to Petworth during some of its worst years and stayed on, retired, and cared for his elderly parents—living in the same house that he was raised in and that his family has owned for almost 60 years.

Bryson was a kind, wise, intelligent, and thoughtful man who not only helped us understand our new neighborhood and neighbors, but helped them to understand us. He helped us make new friends of which he was the first. My wife referred to Bryson as “…our gift with purchase.”

Bryson Latimer died the evening of October 19th after a short battle with an aggressive form of lung cancer. He was 69. We miss him terribly. The neighborhood just won’t be the same without him.”