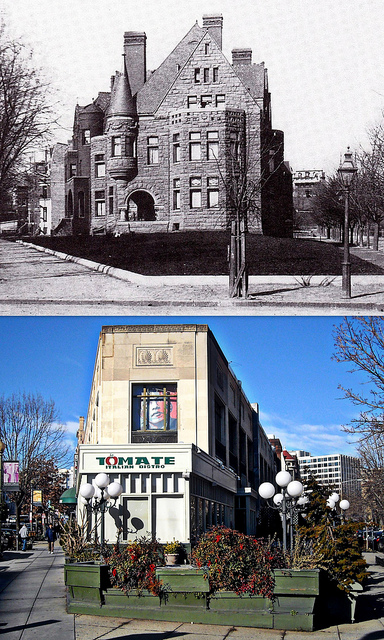 “From an article by Paul K. Williams in The InTowner:
“Though a major commercial corridor today, Connecticut Avenue north of Dupont Circle and the Circle itself was originally developed as a fashionable residential neighborhood beginning in the early 1880s. The large triangular lot at the intersection of Connecticut Avenue, R and 20th Streets is today occupied by a distinctive triangular building built in 1922, now housing the popular La Tomate Restaurant. Before that, however, it was the site of a spectacular brownstone mansion built by Senator Philetus Sawyer in 1888…”