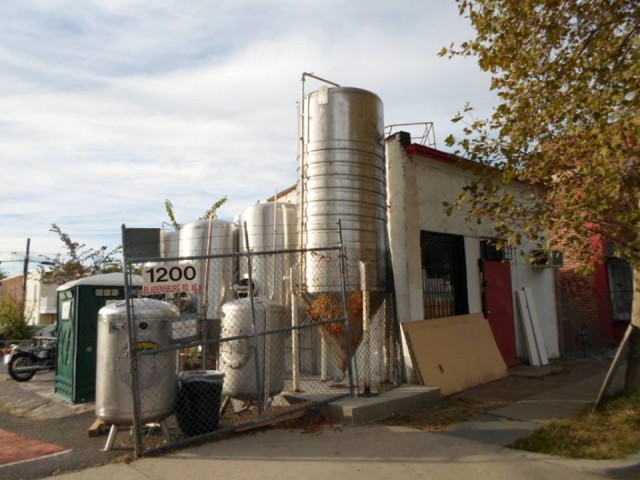 “Bardo brewpub & beergarden will tap a FOURTEEN year old keg of beer Sat, Oct 26th, 3pm. The Bardo GABF award winning White Lightnin’ barleywine has been cellaring for the last fourteen years on a loyal patron’s property. It is believed to be one of the oldest beers on the planet. Aged to a fine perfection, the cask conditioned ale has fermented to approximately 13% ABV.

“We gave an old friend a keg of beer before we put the brewery in storage in the years ago and he appeared out of nowhere last July with keg in tow”, Bardo big cheese, Bill Stewart explained. “It was an old school keg, and he couldn’t find the correct tap for it”.

When asked about the rarity of a beer aged for so long, Stewart replied, “When was the last time you had a chance to taste fourteen year old beer? I, myself, can’t remember ever having that chance, how about you? I had some four year old Old Crustacean once.” referring to Newport Oregon’s Rogue Ales powerhouse Barleywine, known for a distinct Old Bay flavor.

Bardo won a silver medal at the Great American Beer Festival for their White Lightnin’ Barleywine in 1994, during their days at the forefront of the Clarendon nightlife scene in Arlington. Bardo would go on to medal in 1996 with Bundaberg Ginger Beer and 1997 with their flagship brew, Dremo Tibetan Sasquatch.

“We’ve had the keg of White Lightnin’ for a few months but were waiting for colder weather before tapping it”, commented Bardo minister of information, Andrew Stewart. “We thought barleywine, the fall outdoors and fire pits were the perfect complement to each other”.

NOTE: There are approximately 200 glasses in the keg. DO NOT get there late. $45 gets you a pour and a Commemorative Glass.

Bardo opened in July and is, for now, an entirely outdoor brewpub. A wide selection of craft brews on draft appeal to even the most discerning of beer enthusiasts. Bardo is 100% dog friendly every day with 15,000 square feet in our beer garden to roam off leash and a house dog who loves to play. Located at 1200 Bladensburg rd NE, Bardo has fire pits, cornhole, outdoor movie screenings/sports and is available for private parties/fundraisers, large and small, with no charge for the space.”