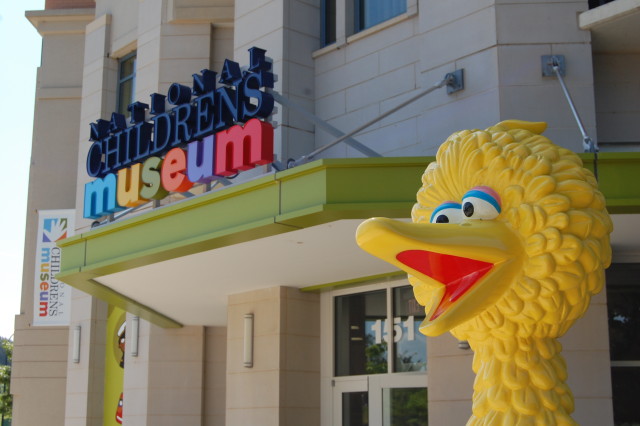 Museum Minute is written by Elle O’Flaherty. Elle lives in Mt. Pleasant and previously wrote about the Bureau of Engraving and Printing.

I was pretty excited to take my kid to the National Children’s Museum at National Harbor, but after going once I won’t be in a hurry to return.  For starters, entrance for two adults and one kid over 12 months will run you $30.  That’s a lot of dough in the city of mostly free museums.  Once we got in and poked around we realized the museum is really small without all that much to it.  It kind of reminded me of a large, fancy daycare.  They’re trying to give the “exhibits” an educational spin, but really they’re run of the mill children’s activities.  For instance, one exhibit is about what people wear around the world, but it’s just pictures of kimonos, saris, and the like with cheap cotton kimonos, etc. the kids can try on.  The next area over features what people eat which is, again, just pictures and a few puzzles of international food along with a kitchen play area.  It felt chintzy and way overpriced, like paying to hang out at that one friend’s house whose parents bought too many toys. 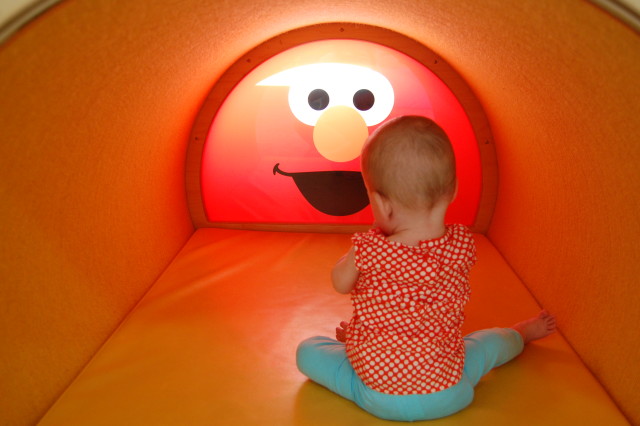 I should say that the kids all seemed to be having a good time and my daughter, who was probably a bit young for it at just under ten months, enjoyed the outing.  However, if you’re looking for an incredible children’s museum and don’t mind a drive, I highly recommend the Science Museum of Virginia in Richmond instead.  Now that is an awesome museum which, for about the same price, is huge and has real educational exhibits as well as a nice IMAX theater.  In contrast, the National Children’s Museum (much like everything at National Harbor, as far as I can tell) was just designed to part you from your money.