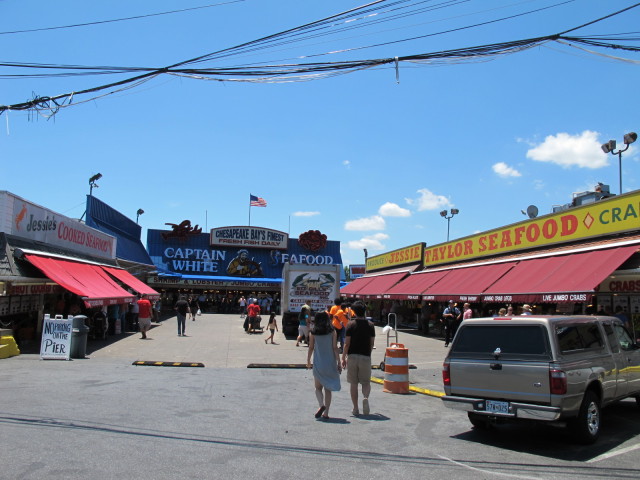 Someone just told me that the fish market is going to close. Have you heard any rumors about this?”

Anyone know the timing for the redevelopment? In January a press release said:

“Hoffman‐Madison Waterfront, the master developer of the 3.2 million square foot Southwest Waterfront project (“The Wharf”), announced today the approval of its Phase1 Planned Unit Development (PUD) by the District of Columbia Zoning Commission. The Zoning Commission’s action approves all of the architectural designs and specific plans for each parcel of the project’s first phase encompassing 1.5 million square feet of residential, hotel, office and retail uses along with three piers, numerous open spaces, gathering places and a 3 ‐ acre waterfront park.”

The plans for the site call for a vibrant urban destination that blends maritime activity, commerce, culture and residential housing. The project will include restaurants, shops, hotels and new cultural attractions. The redevelopment plans, approved by the DC Council in 2003, include 14-acres of parks and open space, as well as an expanded pedestrian promenade, new public piers and an improved marina to increase public access to the Washington Channel and the water.

The District has agreed to invest almost $200 million through an innovative financing program that will leverage future taxes generated at the site to pay for new infrastructure associated with the project including roads, sewers, utilities, parks, bulkheads and public piers.