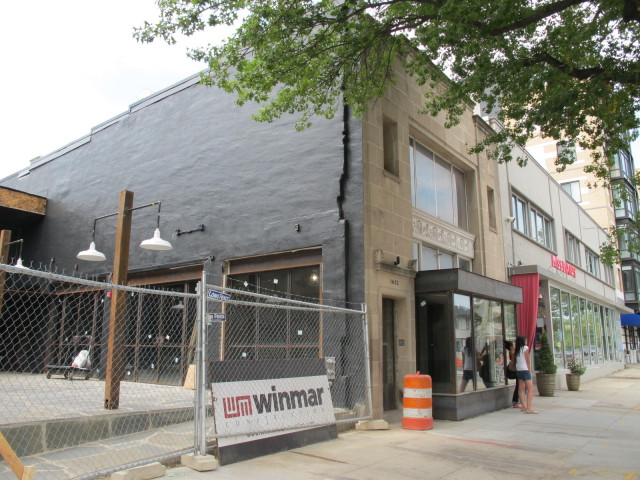 It’s been over a year since we checked in on Barcelona Wine Bar and Restaurant coming to the former BodySmith Gym space next to Miss Pixie’s.

They’ve made some serious progress in that time: 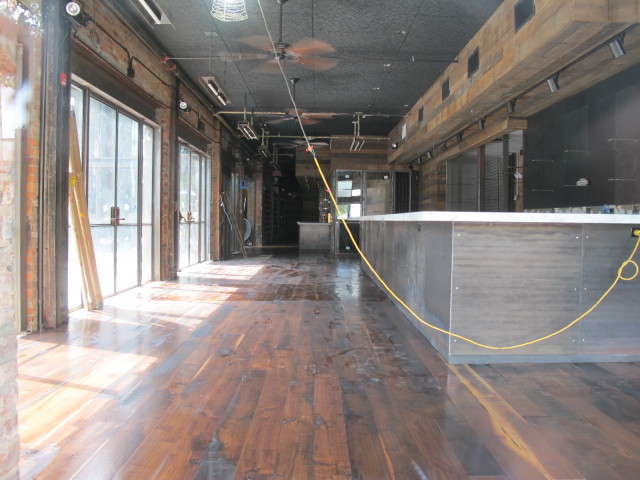 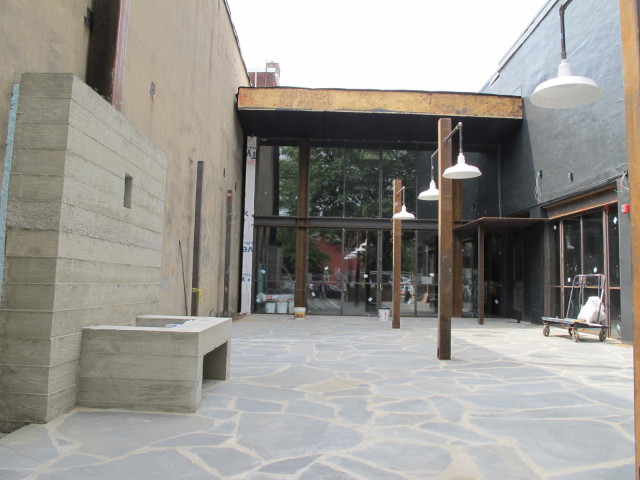 “Barcelona was begun in 1995 by Sasa Mahr-Batuz, based on his memories of years of living in Spain and Portugal, and Andy Pforzheimer, based on his 20 years as a chef at world-famous restaurants in France, California and New York.

Beginning with a tiny, 38-seat wine bar they set out to recreate the feel and the look of an evening on the Ramblas. They worked hard and made no compromises to achieve their aims: sophisticated décor that evoked Milan, SoHo, or Rio de Janeiro. Simple, flavor-filled dishes redolent with olive oil, lemon, smoky paprika. A comprehensive list of wines by the glass from around the world, with an emphasis on the lesser-known regions of Spain and Portugal. They were guided not by any places that existed at the time, but only by what they liked, and the way they liked it.”

You can see one of their Menus here.

Can’t wait to see how this turns out! 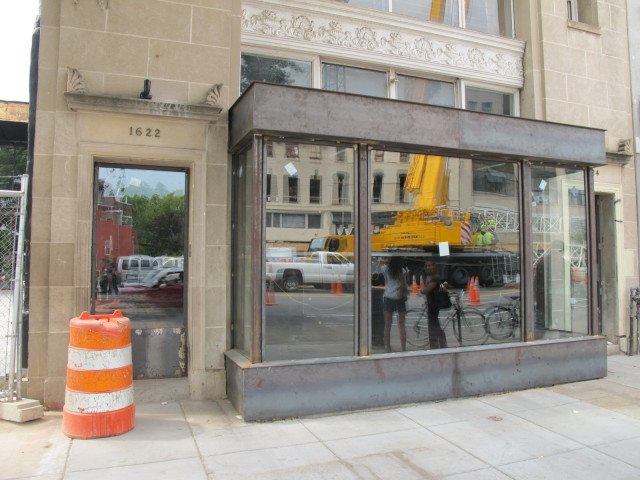