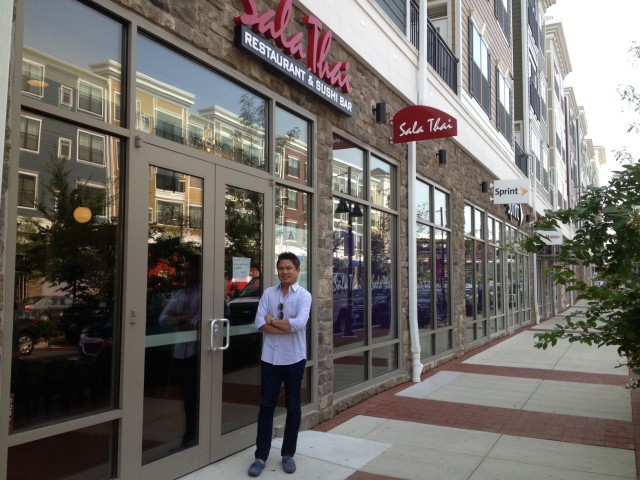 “As one of D.C.’s oldest Thai food establishments, Sala Thai is continuing a legacy it began in 1987 in Dupont Circle.

The owner, Oy Changsirla (photo above), was a busboy when he had the idea to start his own restaurant. These modest roots have grown into a five-restaurant group that has been a big part of developing D.C. neighborhoods ever since.

The location at Rhode Island Row is the first Sala Thai in Northeast D.C. (2300 Washington Place, NE by the Rhode Island Ave Metro)

As is tradition for Sala Thai, they held a monk blessing on Thursday the 5th (see photo below) to kick-off the opening.

Like other locations, the new Sala Thai will have live jazz on weekends for ambiance.” 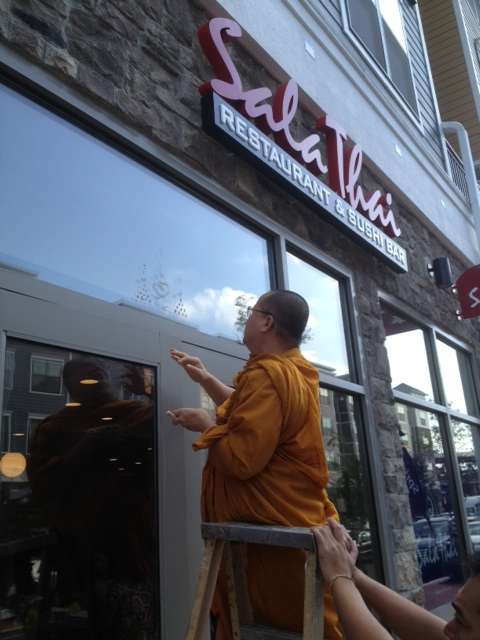