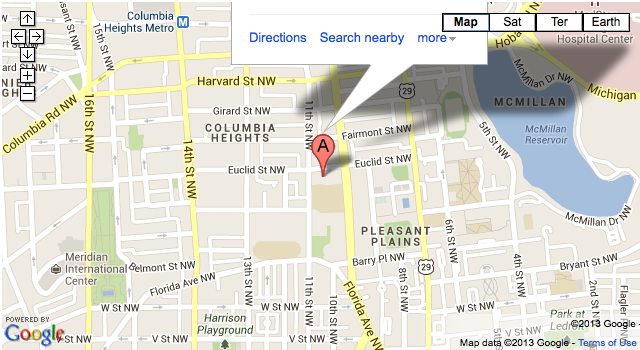 “Detectives from the Metropolitan Police Department’s Homicide Branch have announced that an arrest has been made in the homicide which occurred in the 1000 block of Euclid Street, NW.

On Friday, July 26, 2013 at approximately 6:18 am, personnel from the DC Fire & Emergency Medical Services received a call for smoke in an apartment building in the 1000 block of Euclid Street, NW. Upon arrival, they forced entry into an apartment and pulled the decedent from within. The decedent was suffering from burns and apparent gunshot wounds. The decedent was transported to a local hospital where he was pronounced dead. The decedent’s body was transported to the Office of the Chief Medical Examiner pending a ruling on the cause and manner of death.

The decedent is identified as 31 year-old Randolph Scott Harris, Jr. of Northwest, DC.

On Thursday, August 1, 2013, at approximately 4:00 pm, members of the Capital Area Regional Fugitive Task Force arrested 34-year-old Jermaine Brown of Northwest, DC, pursuant to a District of Columbia Superior Court arrest warrant and charged him with First Degree Murder while Armed in connection to the death of Randolph Scott Harris, Jr.”