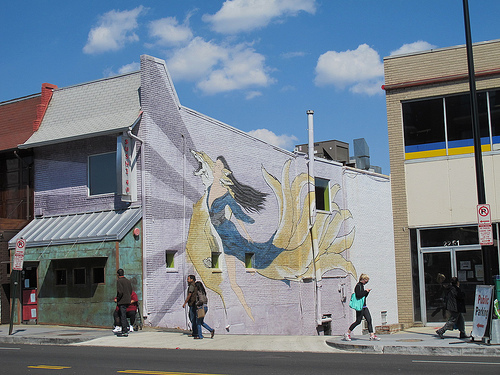 I’m not sure if you’ve heard any scuttlebutt, but apparently Sushiko in Glover Park is closed. I called to order takeout last week, and the man who answered (presumably the manager) said they were closed due to some kind of emergency. I assumed there may have been a problem with a customer, but when I asked if everyone was OK, he indicated it was no big deal. Well, tonight I tried again, and no one picked up at all. So I called the Chevy Chase location, and the hostess said the Glover Park location had been closed for about a week and likely would be closed permanently. She said she didn’t know why.

If this is true and Sushiko is closed in Glover Park, that’s a huge loss for the neighborhood and for anyone looking for relatively affordable, high-quality sushi in a city with few options. (We regularly drive all the way over from Logan Circle for pick up.)

Has anyone in PoPville heard anything?”

I also spoke with the Chevy Chase location and was told they couldn’t comment but more info would likely be known next week.

Next
Arrest Made in Assault of “a male performer who was dressed as a woman” inside Manny and Olga’s at 14th and T St, NW