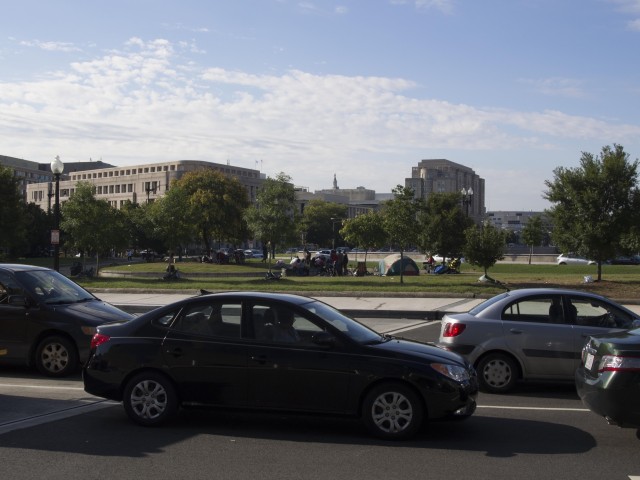 As a resident of Mt. Vernon Triangle for three years, I am appalled at what has been allowed to occur by city officials and authorities for the past year on the entrance ramp to the 3rd Street Tunnel from Mass Avenue as well as over the past 6 months in Cobb Park/DPA 1089, located at 2nd/Mass, NW.

The entrance ramp for the 3rd Street tunnel, an area which I would consider a highly visible spot, has been occupied by anywhere from 1 to 5 tents at a time. This started around the time when the OccupyDC tents were removed from McPherson Square and Freedom Plaza. As these tents have become abandoned over the past year, everything is left on the side of the road. When I say everything, I mean EVERYTHING. The tents remain, broken down by weather, complete with an array of blankets, trash, beer cans, American flags, food wrappers and clothing, just to name a few items.

Four months ago, I witnessed three police officers on segues approach the tents when they were being occupied and I was thrilled that something was going to be done. The next morning, I drove by to go to a meeting and another tent had been added to the mix. As of today, the tents remain, some of the people remain, the trash remains and not a thing has been done to either help these people find a shelter or to clean up the mess that has been left behind.

I am convinced that the blind-eye that has been turned to these tents, has stemmed into the monstrosity known as ‘Cobb Park/DPA 1089’, which sits at 2nd and Mass Avenue, NW. For the past six months, this park has become unsafe and a terrible eyesore for the community. On any given day at any given time, you can witness the following 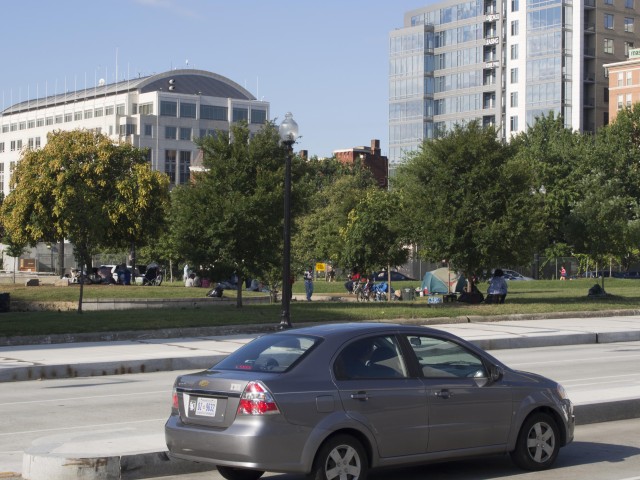 · People passed out face-down on the grass
· Grilling/BBQ’s – is this even allowed?
· Lawn chairs
· Large Umbrellas from Picnic Tables
· Mentally unstable and/or drug induced behavior
· Blankets strewn all over the park
· Tents
· A lack of clothing on most of the men
· Public urination
· Clothing hanging from hangers on trees!

Amazingly, this only covers a portion of what goes on in this park. People are there day and night. I have witnessed several zombie-like women and men trolling the street and sidewalks in the immediate residential areas loitering and asking for money.

I am one of multiple concerned residents of this area. I am a female that likes to walk my dog, take my dog to a local park where I feel safe, go for a daily run, walk home from Union Station when I travel and walk home from an evening out after dark. I do not feel safe doing any of these things within a block of this park. I, unfortunately, happen to live a block away from this park.

Where is the line drawn? Why has nothing been done and why does this problem continue to get worse? It might be their right to hang out in a park (to whatever extent that may be), but it is also my right to feel safe in the neighborhood where I live and work.”