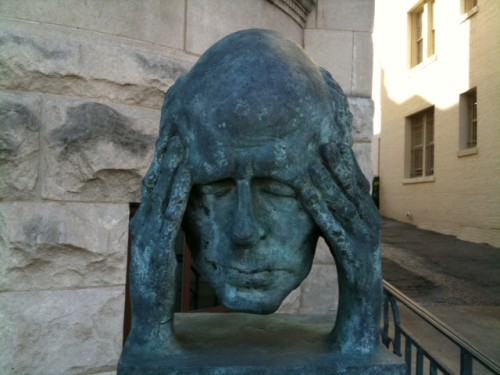 Davis is alleged to have stolen more than a dozen Automatic External Defibrillators (AEDs) from Metro facilities and selling them on online auction sites.

Following a multi-month investigation, undercover Transit Police detectives contacted Davis through eBay to attempt to purchase an AED. An undercover MTPD detective, posing as a potential buyer, arranged to purchase the device for $300 cash Wednesday evening at a local convenience store. Once the transaction was made, detectives confirmed that the AED was stolen Metro property and took Davis into custody without incident.

Subsequent to his arrest, Davis admitted to detectives that he had stolen a total of 13 automatic external defibrillators from Metro facilities. He was formally charged yesterday and remains in jail pending a bail hearing.

The Transit Police investigation is ongoing and additional charges may be filed.

Davis worked as a maintenance employee supporting Metrorail infrastructure. He was immediately suspended following his arrest.