Advertise with PoP
Search
Friday Question of the Day, sports 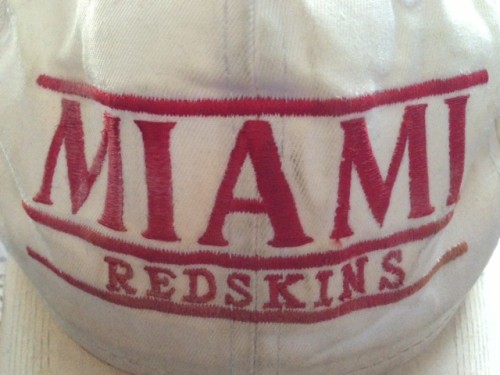 Over the past few months (and years really) there have been lots of discussions about the controversy over the use of the name Redskins. Most recently a few folks sent me links to the article Bill in Congress challenges Redskins trademark:

Legislation was introduced Wednesday that would cancel the NFL team’s trademark of the term “redskin.” The bipartisan bill comes as a federal trademark panel considers a petition brought by a group of young American Indians who say the Washington football team should not be allowed to trademark its name because it is offensive.

Friends of mine know that I’ve been wrestling with this question for a few years now. But it seems to me that it is no longer a matter of if, rather, it has simply become a matter of when the name will be dropped. Back in the good old 90s I attended Miami University of Ohio. At that time our nickname was the Miami Redskins. My senior year the student body was polled to see if we wanted to keep the name or drop it. I think 98% voted to keep the name. Nevertheless the next year 1997 the name was switched to the Miami Redhawks. There was no student uprising as result. None of my fellow alumni friends think any less of the school because of the name change. We all still root for the Redhawks. Damn you Boston University…

Looking back it now seems obvious that the university made the right decision unilaterally changing the name. I think when the Washington Redskins one day change their name, we will also look back and say it was the right thing to do. Most people I talk with feel the same way.