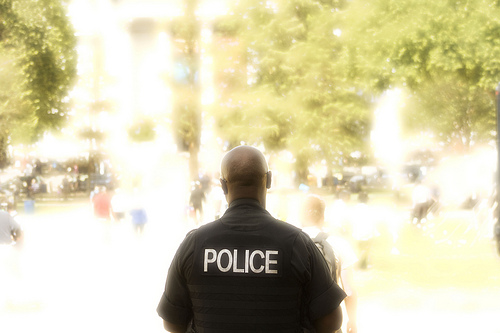 Robert Jeter, 19, and Davon Watkins, 18, both from Washington, D.C., were each sentenced today to 12 years in prison for carjacking one victim and committing an armed robbery against another victim within a matter of hours, U.S. Attorney Ronald C. Machen Jr. announced.

Jeter and Watkins pled guilty in October 2012 in the Superior Court of the District of Columbia. The Honorable Gerald I. Fisher sentenced them to seven years in prison on the carjacking charge and an additional five years for the armed robbery.

According to the government’s evidence, the defendants approached the carjacking victim at about 10:30 p.m. on June 21, 2012 as he was walking from his car in a parking lot behind 1400 block of Irving Street NW. Watkins put a gun to the victim’s head while Jeter took the victim’s wallet and cell phone. Watkins then demanded the victim’s car keys. Watkins and Jeter then got into the victim’s car and fled the scene.

About six hours later, at about 4:15 a.m. on June 22, 2012, Jeter and Watkins approached the armed robbery victim as he was walking on Mount Pleasant Street NW. They knocked the victim to the ground, put guns to his head, and took his wallet and cell phone.

About 15 minutes after the armed robbery, police spotted the car taken in the earlier carjacking. The defendants ultimately abandoned the car and fled on foot. They were apprehended in the 1100 block of Clifton Street NW. The armed robbery victim’s cell phone was found in the center console of the stolen car. Fingerprint and DNA evidence analyzed by the D.C. Forensics Laboratory tied Jeter and Watkins to the stolen car.

In announcing the sentences, U.S. Attorney Machen commended the efforts of the detectives, officers, crime scene technicians, and forensic analysts who investigated the case for the Metropolitan Police Department. He also acknowledged those who worked on the case from the U.S. Attorney’s Office, including Victim Witness Advocate Jennifer Clark, and Assistant U.S. Attorneys Allison Barlotta, Vivien Cockburn, Bridget Fitzpatrick, and Jonathan Kravis, who investigated and obtained the indictment in the case.