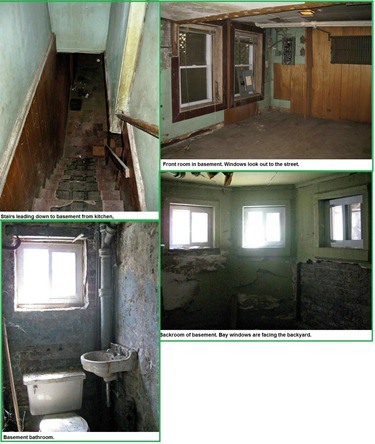 The House Gut is a new series written by HumaneFoodie. She lives in NoMa.

Looking for, buying, and gutting a house in D.C.

Buying a house in the District may seem as unfathomable as a paycheck over $25K did when you first moved to this city. But if you’ve stayed past the two-year cutoff period for D.C. residents who never change their drivers’ licenses, you’ve probably started thinking about the long term: Rents are increasing, neighborhoods are changing, and you can’t afford to live in the city forever on a teacher/non-profit/government salary.

So, you start looking to buy a place.

There are three types of houses/condos to buy in D.C.:

2) Flippers (Is that a granite backsplash covering up shoddy electrical work?), and

3) Gut job (huge undertaking, but in a town of people who like to “fix and run things,” could there a better option?)

So after six years here, my huuuusband and I charged into the world of buying, gutting, and living in a house by adhering to the mantra we learned growing up in the ’80s: Reduce, reuse, recycle (snarky PoPville commenters, eat your hearts out).

Continue after the jump. 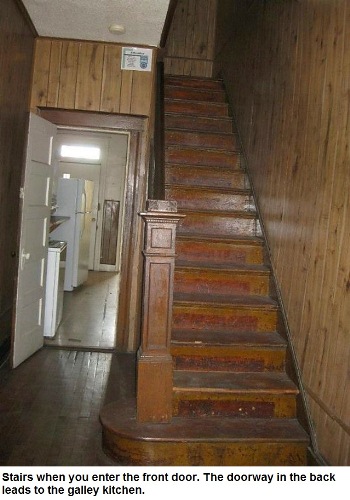 Before you buy a house, you have to look for a house.

And in an inventory-low city, you have to look a lot. We went to open houses almost every weekend, and scoured the listings every morning. After looking for roughly two months (Is this long or short? How long have others looked?), we decided that gutting a house would be our best option. We had heard stories from friends about paying for electrical work, plumbing, a new roof, and more when they had just paid up for a “new home.”

Why go for the gut?

A gut is not for everyone. You have to know what you want, and after looking at oh-so-many houses in D.C., it’s not that hard to soon figure out what you want. We wanted a front porch, open kitchen, and backyard.

We also were fortunate to have an architect in the family, but a lot of contractors in D.C. work with architects. In this case, it simply brought us to our decision a little earlier.

We also wanted a very energy-efficient, low-impact house. We wanted to use as much salvaged and recycled material as possible. A gut job was a good way to achieve that. 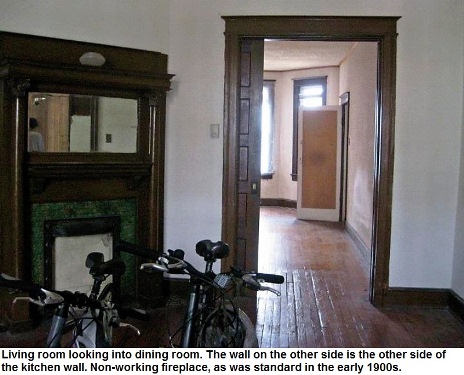 And so one Saturday, we found our house.

Just like that. It was clearly in need of lots of work. For starters, I saw that we had to strip the fake wood paneling, open the kitchen, and do something with the basement.

We put an offer in the next day, and by Tuesday, we had a verbal agreement. Not everyone’s experiences are quite like that, but ours was an estate sale, so things went quickly.

Next up: picking a contractor, choosing the right design, salvaging materials, and making it energy efficient!