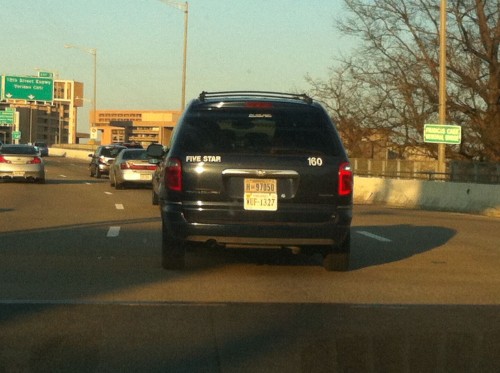 Recently, I’ve seen a number of cabs around (and I don’t think they have all been from the same company) that have DC plates with a VA plate sort-of tacked on below the original, as in the attached photo. What’s that about? Is it so they can pick-up in both places? Or because the operators of the vehicles live in VA but drive in DC? If that’s the case, it seems like about 90% of cabs in DC would be required to have two license plates. I noticed that they had seemingly removed the area code of the phone number that was painted on the side of the taxi, too.