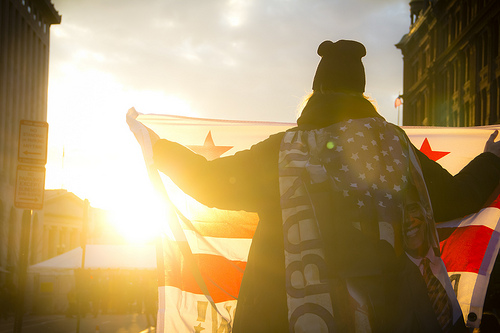 File this under DC Dysfunctional Government –

Since I’ve moved into my DC condo over 3 years ago (back in 2009), I’ve been trying to get the Homestead deduction. It’s pretty significant amounts to several hundred dollars a year.

The first few times I applied, my application was not accepted because there was a apparently a mistake in how my deed was recorded. It had to something to do with the square and lot numbers not matching up with the unit numbers. (i.e. the original unit numbers in my 4-unit building were 1,2,3,4 but they ended up changing it to B, 1,2,3 so there was a mix-up).

I called my title company, and they went about correcting it. Apparently, they re-recorded the deed back in summer 2010 or 2011, so that my square and lot numbers would correspond to the correct unit number in all the paperwork (deed, Condo Declaration, etc).

I re-applied for the deduction soon thereafter, and received no response. I’ve called a few times, and I had been told that it takes time for DC to make the change.

I called again recently to see what’s going on, and I had then found out that your ownership of your home shows up in two databses: The Recorder of Deeds and the Property Tax Assessment database. Apparently, the DC Recorder of Deeds made the appropriate change in their database when my title company re-recorded the deed back in 2010 or 2011, but the Assessment database is not necessarily updated.

Of course, this is a little ridiculous. I’ve been paying my property taxes, and the DC government has been happily accepting my payments. You would think that the DC government would change their database to reflect who’s actually paying the taxes and to reflect the actual owner per the Recorder of Deeds.

I’ve been trying to call and email the Supervisor and Auditor at the Office of Tax and Revenue, per instructions I’ve received from the DC Customer Service line. I have not gotten any responses to my phone calls or emails.

Has anyone else experienced the same issue? And how did they fix it?