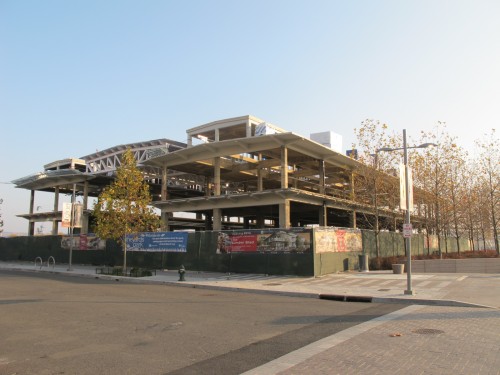 Forest City Washington, developer of The Yards, announced today the signing of an additional sit-down restaurant to open in mid-summer 2013 in The Lumber Shed, an adaptive reuse component of the massive mixed-use redevelopment project located near Nationals Park in the Capitol Riverfront. To be known as Agua 301, it will feature Modern Mexican cuisine, according to the new restaurant’s owners.

The 3600 SF restaurant is the latest creation of DC’s Amanda and Stephen Briggs and David Bonior, residents of nearby Capitol Hill and creators/owners of the popular Zest Bistro on 8th Street SE. Zest’s reputation as a welcoming, family-friendly place will be apparent at Agua 301 as well, only now with a Modern Mexican flair. The restaurant’s name comes from a blend of the cuisine, its location near the waterfront and the address of The Lumber Shed, 301 Water Street SE. The menu is being developed by Dot Steck, executive chef at Zest Bistro.

Currently under construction, the Lumber Shed is an historic, former Navy Yard industrial building which is being transformed by Forest City into the latest mixed-use component of The Yards. Upon completion in summer 2013, The Lumber Shed will feature space for five restaurants on its ground level with office space on its second level. The building’s floor to ceiling glass façade will take ample advantage of the surrounding views of the award-winning Yards Park, as well as the riverfront.

Agua 301 will occupy the southwest corner of The Lumber Shed with great views of the iconic Yards Park bridge and riverfront from both the light-filled dining room as well as Agua 301’s outside/parkside dining area. Osteria Morini, a Northern Italian restaurant concept from renowned New York City Chef Michael White, was announced in early 2012 as also opening at The Lumber Shed in summer 2013.

See a rendering of the Lumber Shed here. Earlier in the week we learned a huge Godron Biersch Brewery Restaurant was also coming to Navy Yard. 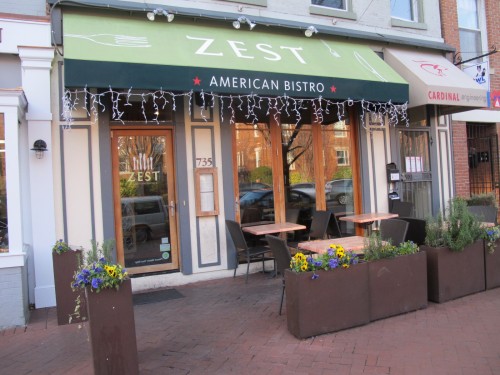