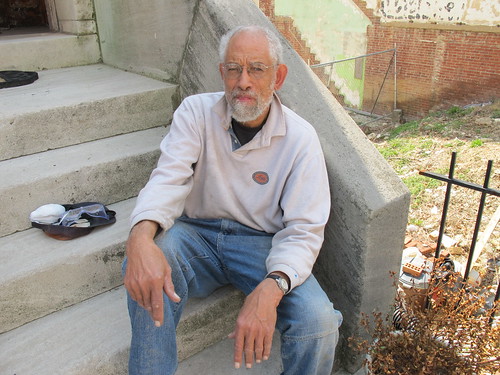 I never know who I’ll meet on my walks… I’ve been admiring Mr. Nelson’s work for years now (as long time readers of this blog will recognize.) So I was taking a photo a mail slot on the 1400 block of Belmont Street, NW (just east of Meridian Hill/Malcolm X Park): 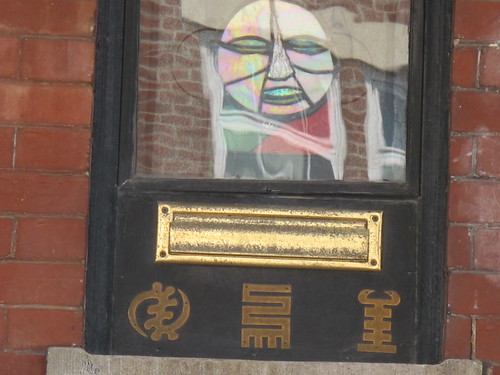 and I had immediately recognized Mr. Nelson’s small piece in the front of this house: 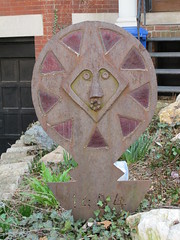 But I had never noticed the mail slot before. At any rate as I’m admiring the pieces and taking some photographs a neighbor came over and asked me if I’d like to meet the artist. Mr. Nelson was sitting on the stoop right next to me. I was totally starstruck. Mr. Nelson could not have been nicer. We chatted a bit about his art and the neighborhood. I tried to get him to tell me which was his favorite sculpture in the city but like asking a parent to pick a favorite child he declined to place one above the others.

I consider Mr. Nelson to be a legend. It was truly an honor to have met him. Our city is a much more beautiful place with the addition of his sculptures. 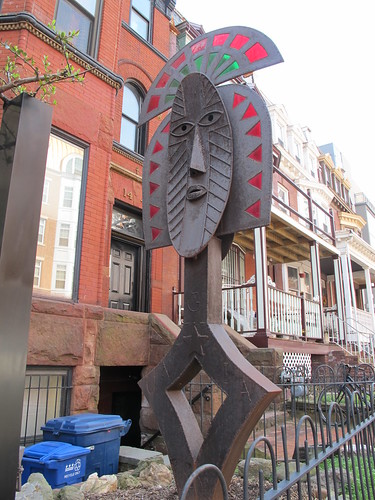 Above is a sculpture from Belmont a bit closer to 14th Street, NW. After the jump is more detail about Mr. Nelson’s background and art from his Web site. 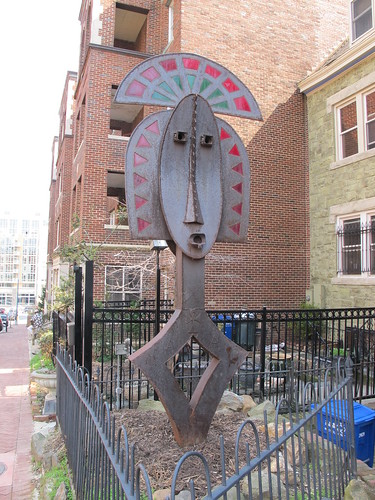 Other side of sculpture from photo above.

Allen Uzikee Nelson was born in 1938, into the family of John and Sarita Nelson in Tupelo, Mississippi. Uzikee, as he is now more affectionately known, is the fifth of the Nelson’s seven children. In 1965, UZIKEE received a Bachelor of Science, in Engineering Technology from the Southern Illinois University in Carbondale, Illinois. Nelson, subsequently became a faculty member at the University of the District of Columbia, in its Electrical and Mechanical Engineering Technology Department. This experience contributed immensely to his sound technological base for his work as an artist. In 1970, Nelson created his first major work of art — a fifteen foot steel sculpture commissioned by the NAACP for a neighborhood park in Peoria, Illinois. UZIKEE, now a full-time conveyor of iconic African art, has practiced some form of artistic expression his entire life. In describing his philosophy, Nelson says, “all art is representative of culture.”

UZIKEE’S icons are intended to rejuvenate our ancestral memory, to educate, to improve the self-esteem of African-Americans and to infuse African design and aesthetics into the subconscious culture. His sculptures are designed to bridge the gap between African ritual and abstract art, as well as bridge the gap between African and Western culture. As a sculptor who works primarily with weathering steel and stained glass,UZIKEE’s works are free standing pieces. According to UZIKEE, “all of my works are three dimensional, yet a the same time flat in characteristics and usually Janus-faced.”