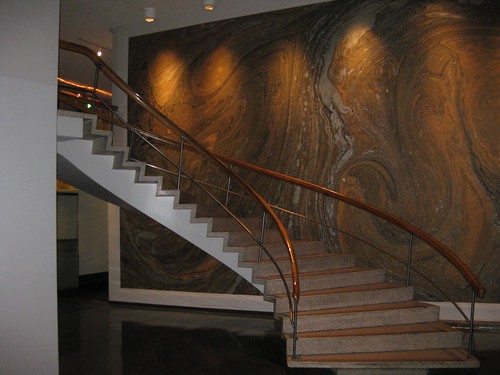 A recent Rental Option post provoked a lot of discussion about the Woodner, located at 3636 16th St, NW. A resident wrote in asking to share his experiences (both good and bad). The history is quite interesting. Tony writes:

“I hear people get raped and mugged in that building all the time.”

“I hear the entire place has bedbugs.”

“Aren’t you afraid for your safety there?”

I’ve heard all of the above when I talk about life in the Woodner, a massive apartment complex with its own bar, grocery store, dry cleaner, and hair salon. People look at me with a strange mix of pity and bemusement. They usually following those questions with this one: How did you end up there?

I was in the process of moving back to the District from the suburbs and had seen at least fifteen apartments already. I was short on time. One of the sales consultants at the Woodner, a fresh faced kid with Dixie in his voice, must have sensed this and after viewing a few units, I settled on a carpeted unit on the 12th floor. One of the other sales associates later told me over a drink at the downstairs bar that he (along with the entire sales staff) got shuttled in and out of town in six week intervals. Oh, the things I learn in that bar.

The Woodner was built as an apartment and hotel in 1952. The sales staff here is fond of saying that it was the largest air conditioned building in the world when it was constructed. The lobby looks like it hasn’t been renovated since. Cracked marble floors spread out in odd curves and patterns. The first floor has pictures of this place in all of its former splendor. Black and white photos of Bob Hope and Duke Ellington and Jayne Mansfield. My favorite one is that of a guy with a pervy smile on his face getting shot with fake pistols by a gaggle of women crowded around him dressed as cowboys. I swear to God, when I move from here, that picture’s coming with me. Everything, the hall of pictures, the cracked marble, the spiral staircases, the swirls of spackle on the ceiling, it all imparts a sense of deep history to the place. Makes you wonder about your surroundings. Who stayed in my apartment? Was it ever anybody famous? What were their lives like? Did they have kids? What were their hopes and dreams and fears as they slept under the same roof that I sleep now? 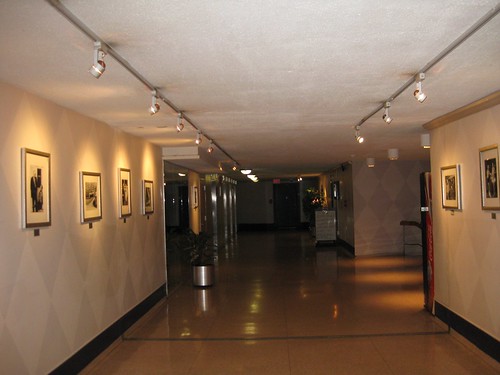 Odd sirens and alarms wake you out of your reverie. It’s common to come home and see multiple police cars parked in front of the building. We never find out why, except under the most grave of circumstances, like when Nori Amaya, co-owner of Coppi’s Organic Restaurant was strangled to death last November. Management informed everyone with a flyer near the elevator banks on each floor. The crime is still unsolved. It’s a bizarre thought, to think that you could be sharing an elevator with a murderer.

And yet, the residents here are resilient. Given the building’s reputation, you’d expect the residents here to be hard-edged but the thing that amazed and continues to amaze me is how much nicer the people are here than they ever were out in the suburbs. When I first moved in, one of my neighbors helped me move my mattress. We talked for a bit about her job and my job and how long she’d been living in the building. Our conversation lasted three minutes and yet that was two minutes longer than the sum of all of my conversations with all of my neighbors in Fairfax.

Because of the kindness of so many of the residents, It’s hard not to feel a kinship with every resident of the building, one borne out of the sheer exhilaration of so many lives pressed up close to one another. Some of us have just arrived, some of us have been here for years. One night coming home from work, I met a woman on the elevator who’d been living in the building for fifty years now. “This was a nice building back then,” she said, shaking her head. “It still is,” she continued quietly. “But not as nice as it used to be.”