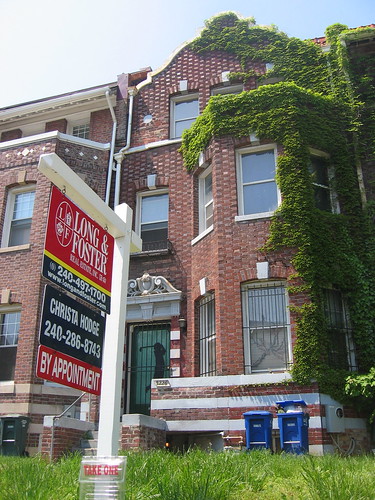 I’ve found a house I’m strongly considering putting an offer on. I don’t yet have an agent. If I already have found the house– and can prequalify for a loan on my own, what is the benefit of hiring an agent? By hiring an agent, don’t I give up a minimum of 3% negotiating room? If I don’t have an agent– the seller saves 3% in agent commissions– so I would think that they would be more willing to pass that 3% along to me. Am I mistaken? What are your reader’s opinions on using an agent if you’ve already found the house you want to buy?”

I’ll be interested to hear what folks think. I know when I bought my house I was so green I didn’t know anything and wouldn’t have been able to do it without a realtor. I also didn’t know DC’s neighborhoods that well at the time so the realtor was able to show me many more properties than I probably would’ve seen on my own. But if you’ve already found the house I guess the equation would change. What do you guys think are the pros or cons of using a realtor if you’ve already found a house on your own?

More Stories
This Can’t Be A Good Business ModelQuick Update on Sports Bar Coming to 3632 Georgia Ave. (Next To Looking Glass Lounge)