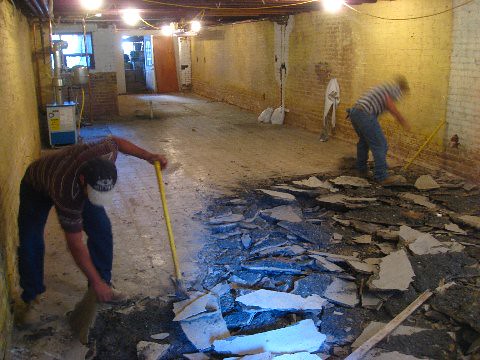 Last week a reader asked about how to do a basement dig out. A reader was kind enough to share his experience:

“After reading the comments it was clear that no one had enjoyed actual experience and that most of the comments were far from my recent journey from a 7,1 clearance to 9,4. Our house is a three story above grade row house that was built in 1911.

Our entire dig out went from Nov 9, breaking up the concrete, until Dec 30 for pouring the new slab. Underpinning the foundation was involved. New ground works were involved. The basement space is approximately 990 square feet on which sits a three story above grade house. The basement was vacant except for the boiler and hot water heater. Our intent is to turn the space into a 2 bedroom apartment.

All of the work was permitted through DCRA. The hardest part was getting one adjoining neighbor to sign off on the project. One did, the other did not. Because one adjoining neighbor would not sign, it took us an additional 2 months to get our permit. The process of working with DCRA, once you have plans, is straightforward. 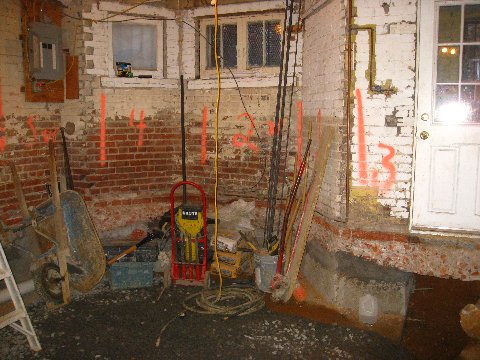 The cost from our licensed contractor for all digging out, ground works, concrete, plans, new front stairs leading to the basement and new stairs in the back, was under 25K. We had considered other companies that offered bids of more than twice that amount. With the saving we hired a structural engineer who oversaw our contractor’s work. The SE cost was $1,500. Continues after the jump.

Although there was some jack-hammering, most of the work was done by hand. That’s a lot of dirt to dig and move out. The dirt was placed in my back yard space and hauled out every few days. Removal of the dirt from the basement to the back yard and then, eventually, onto the truck has done with wheel barrows and shovels.

Digging out is kind of like having a child, unless you’ve done it, you can’t really know what it is about. As we had a baby while the dig out was happening, I feel confident in the use of that metaphor.

Down side to the dig out. There were few. There was lots of dust on our first floor. That could have been prevented by putting down rozen paper before the work started. Noise from some jack-hammering. Loss of my backyard parking space. 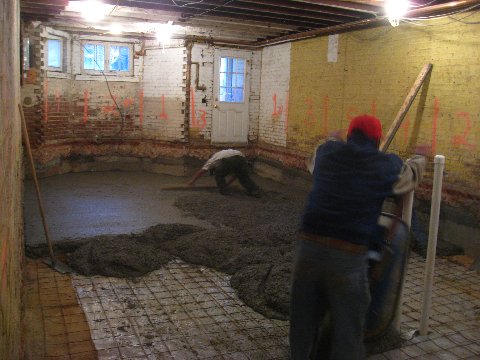 Up side. I know have a 9,4 basement. Lots of head room for a comfortable apartment. Added value to the house that matches or exceeds how much I invested in this project.

The hardest part of us was finding places to put everything, spare boxes, furniture, etc., that we had stored down there and had accumulated in 8 years. Through GoodWill, creative storage upstairs, or the trash, it all found a place. 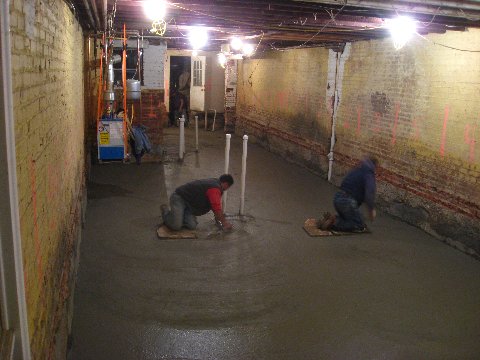 The biggest headache was dealing with the challenge of one adjoining neighbor who simply didn’t want me to dig out no matter what studies and plans I provided to him. In the end, unless there is some really substantial reason for denying the request, DCRA will grant you the permit for the work, which you can do as a matter of right. The delay took a couple of meetings with our neighbor and a few letters to DCRA.

Would I do it again? Yes, we should have done this years ago. Am I happy with the results? Yes. Having owned the house for more than 8 years, this has been the best project that we’ve done in the house in that time.”