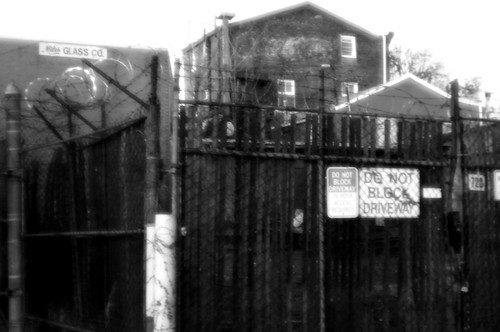 We have some neighbors who are really loud and dis-respectful. My fiance and I realized that we just passed the 2 year anniversary of when they moved in (I was away, but they blasted heavy, bass thumping music all throughout the very first night they moved in).

At first we tried the respectful neighbor approach and tried talking to them, hoping they’d be able to understand that we didn’t want to hear their music at all hours of the night. One of them was quite belligerent to us, but the other was semi-respectful and understanding.

The noise would come and go and our tolerance level would increase and diminish, too. Eventually we worked out a bit of an understanding that if we called them and their music was too loud they would turn it down.

One day about 6 months ago i called them and the one gentleman who had been friendly was very rude. He tried to explain his “rights” and said that my fiance and I could “go fuck ourselves.” At that point I determined that I would no longer try to reason directly with them. Instead, I would phone the landlord (who lived in the house with his wife and small child for the first 3 years I owned the house – and there were never any problems) or 911. The landlord did not seem terribly cooperative, but with enough harassment on my end I believe he had some conversations with them.

Today they were blasting music again, so I called the landlord at 8am. He was not available. I went for a run and the music was still blasting when I returned, so I called 911. I was still home when they arrived at the door of our neighbors. As has happened in the 5 other times we called 911, our neighbor got very defensive. Luckily the police man and woman were on our side. In fact, when the neighbor said “we live in row houses and they should expect to hear things” the male police officer responded “I can hear your music from the sidewalk, so it’s definitely too loud.”

Our other 911 calls have been met with mixed reviews. If the neighbors doors and windows are closed, the music isn’t incredibly loud from standing on their front porch (they often use a sub-woofer which just vibrates and resonates through our small house). This got me to thinking about 911 calls and what happens when I call 911. When a unit is summoned to respond, do they get any history to go along with it? Did the police officers responding this morning know that we’ve called 911 in the past for the exact same reason, or is every even isolated (my suspicion).

I have lived in a ton of places and various situations throughout my lifetime, and have never been so frustrated with one of them. For a long time the neighbors not only kept their music or TV on in the living room, but would keep a TV on all night in their bedroom (which shares a wall with ours). In fact, I had my contractor try to install another wall to dampen the sound, but unfortunately I believe the noise travels through the floor, ceiling and even the electrical junction box. Again, I’m not so naive that I think that I won’t ever hear noise from a neighbor I share walls with. However, as I said, I did share walls with the landlord of the building for 3 years when his wife and newborn were there, and never had any complaints.

Any suggestions or recommendations you might have would be greatly appreciated.

I’m at a loss as to how to rectify this situation, other than to move, which currently is not a feasible option.”

Ed. Note I have edited the original email for length. I think neighbor disputes are among the most difficult to deal with. It’s like the rational actor model. If you are not dealing with a rational actor it seems most people in these situations are screwed. It seems to me if you have had (a polite) conversation with your neighbors but they continue to persist in loud activities then you are left no other choice but to call the police. However, I can’t imagine how awkward the encounters would be after involving the police… Anyway, I emailed a number of folks at MPD to see what they suggest. MPD 3rd District Commander Kishter responded and is going to follow up on this particular case. He writes:

“The histories of calls for service are available at the officer’s fingertips from their mobile computers. They can also get an address history from the dispatcher. We also now have the ability to measure noise and can enforce any violations. Additionally, we can reach out to DCRA for regulatory enforcement.”

Has anyone dealt with a similar situation to this before? If so, how did you resolve the situation?