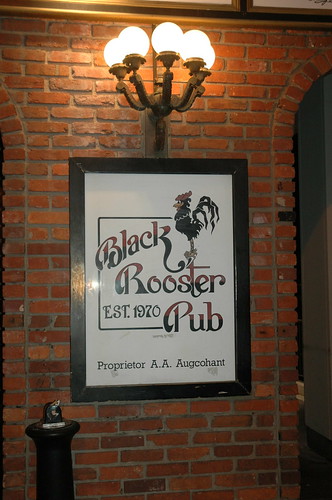 Back in early October a reader wrote in asking folks to rally to save the pub. DCist broke the news that according to the Black Rooster Pub twitter feed (I’m now following it as well) the pub is on it’s way to reopening. And Mike Debonis from City Paper relays word that Ward 2 Council Member Jack Evans may have had a hand in saving the pub. Given all the comments when we first heard of the pub closing this should allow many folks to breath a sigh of relief. I’ll update with more info as it becomes available.

Though I guess the question now is – if the pub remains what space will the Peace Corps expand into?