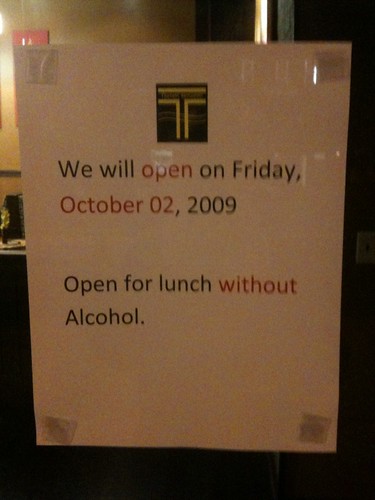 I gave a sneak peek of Thai Tanic II last week which is located at 3462 14th Street, NW in the retail space of the Allegro apartments. At the time they were hoping to open up last weekend but a bit of delay has pushed the grand opening to Friday, October 2nd. Today! Lots of folks have been sending follow up emails inquiring when the official opening will be. So this is great news! I have to say, I walked by Thursday evening and if you can imagine it looks 100 times better than the sneak peek photos I posted.