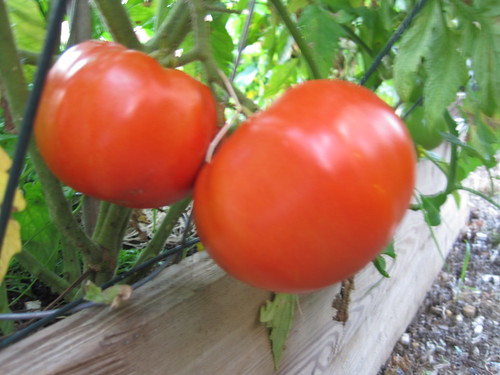 I wanted to give an update to PoP readers who might be wondering how my garden is coming along after the Great Lettuce Harvest. First off, as you can see, my tomatoes are already coming in, and I’ll be having a bumper crop this year. While they were too late to go with the lettuce, I also have crazy numbers of cucumbers already ripe for a tom/cuke salad.

Now I do have a question for PoP readers: what do I do with my banana & jalepeno peppers? I ask because my wife does not like thinks hot and spicy, though I do. So is there a dish that I can make with these that will satisfy us both?

I hope all the other urban gardeners are just as lucky.

Read more →
More Stories
Door of the DayNew Mural on the Side of the Greek Spot on 11th just north of U Street, NW