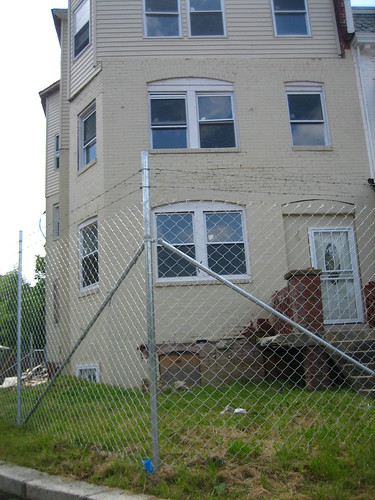 I spoke with some of the construction workers now fixing up the Petworth Eyesore, at the corner of Upshur and New Hampshire, and it seems like the new owner who bought the place in January is gonna fix it up better.

First, they’re gonna align the top addition correctly, by moving back the walls which are now hanging over the brick. Then they’re gonna add brick to the 3rd floor popup, making the whole house brick, a welcomed change from the ugly vinyl of most popups.

They’ve also cleaned out the trash behind the house and are taking out some of the more poorly planned interior work. Sadly, the barbed wire still encircles the house.